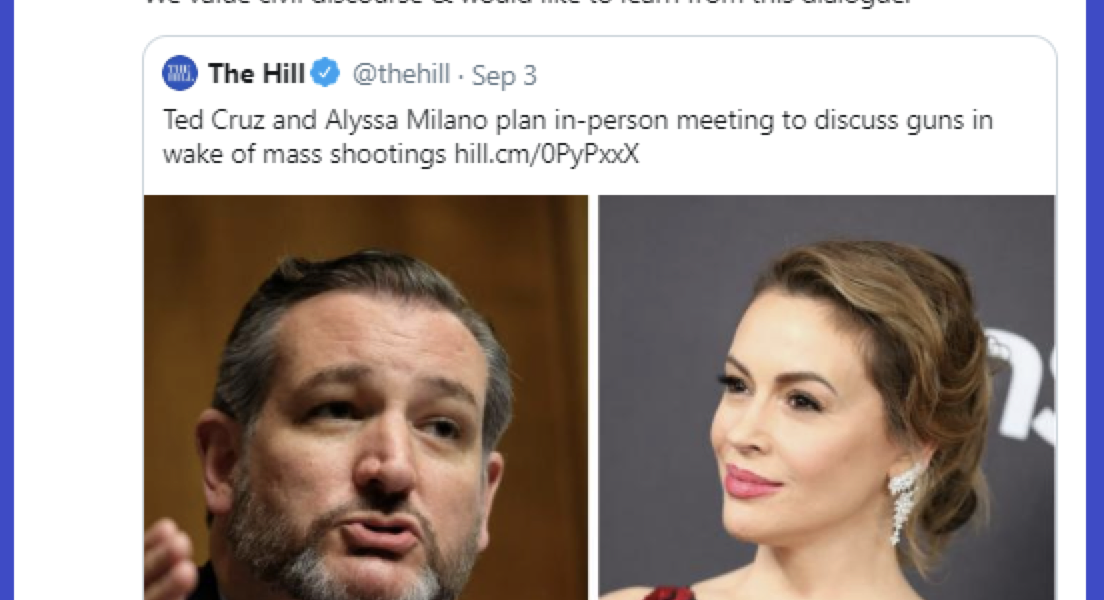 The invitation came in response to Cruz and Milano’s Twitter conversation on gun policy following the Odessa, Texas shooting Saturday that killed seven people. A shooting at a Walmart in El Paso, Texas earlier this month left 22 dead.

Cruz and Milano engaged in a discussion over Twitter regarding gun policy and the Bible in the wake of the mass shootings in Cruz’s home state.

The Hill reported that Cruz and Milano plan to personally meet up in Washington soon to discuss gun control next week after Cruz tweeted an invitation.

Nasser asked Cruz and Milano to attend Convocation and said, “we value civil discourse & would like to learn from this dialogue.”

Nasser informed Liberty University students at their Wednesday night Campus Community of his invitation. Dozens of Liberty students tweeted out support for the convocation invite.