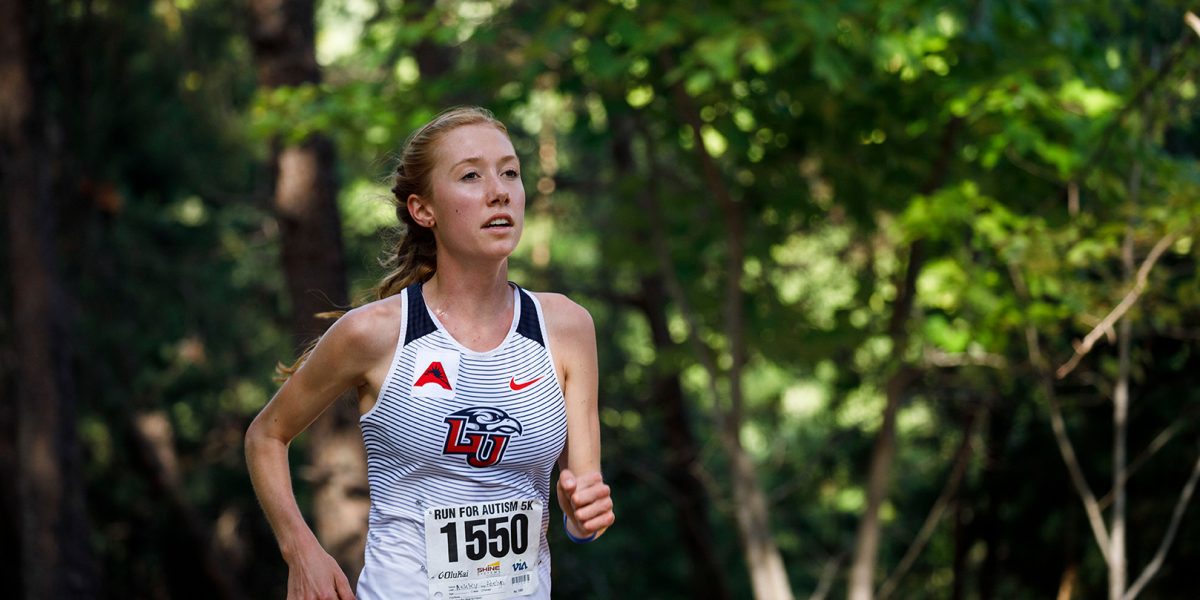 Though Adelyn Ackley is only a freshman on the Liberty University women’s cross-country team, she has already made a mark on the program during her short time competing.

Her high school times placed her at the top of the country her senior year, including a fourth-place finish in the 2-mile race at the 2019 New Balance Outdoor Nationals meet. Ackley has also broken five minutes on the 1-mile race with a time of 4:49.42.

Ackley has combined passion, competitiveness and a genuine love for running to become a respected leader on the team.

As Ackley transitions to a college program and lifestyle, she has seen the differences between playing a college sport and running in a high school program.

Ackley also noted how running and training in a Christian environment is different from her past experiences in high school.

“I really like how (Liberty) is a Christian culture, and I love the team and how we’re all one big family,” Ackley said. “I love how we can all pray before every meet and talk about our spiritual life. That’s been really nice connecting that way because I didn’t have that in public schools.”

“She’s really loved it here,” Johnson said. “She has just leaned into the community and the friends that she has been making on the team.”

Ackley has also embraced her position as an essential member of the cross-country team. During the beginning of the season, Ackley has led the team in both meets she has competed in, earning two consecutive ASUN runner of the week honors and helping her team to achieve the highest Southeast ranking (No. 12) since 2012.

“That’s been an honor,” Ackley said when asked about her achievements. “I’m glad God gave me that opportunity to be able to come onto the team and already make some progress. It has been really encouraging being on a team with other believers, and we push each other every day.”

“My expectation for (Ackley) is that she tries her best and does everything she can to be the best athlete that she can be, and I think she’s doing that,” Johnson said. “She has a lot of passion and talent too, so I think she’ll go really far.”

As the season progresses, Ackley will look to continue her domination as a freshman and lead her team with her passionate confidence and natural talent to reach a high level of both individual and team success.