“Bloodroot,” original play written exclusively by females in the Liberty theater department, is awarded by the Kennedy Center 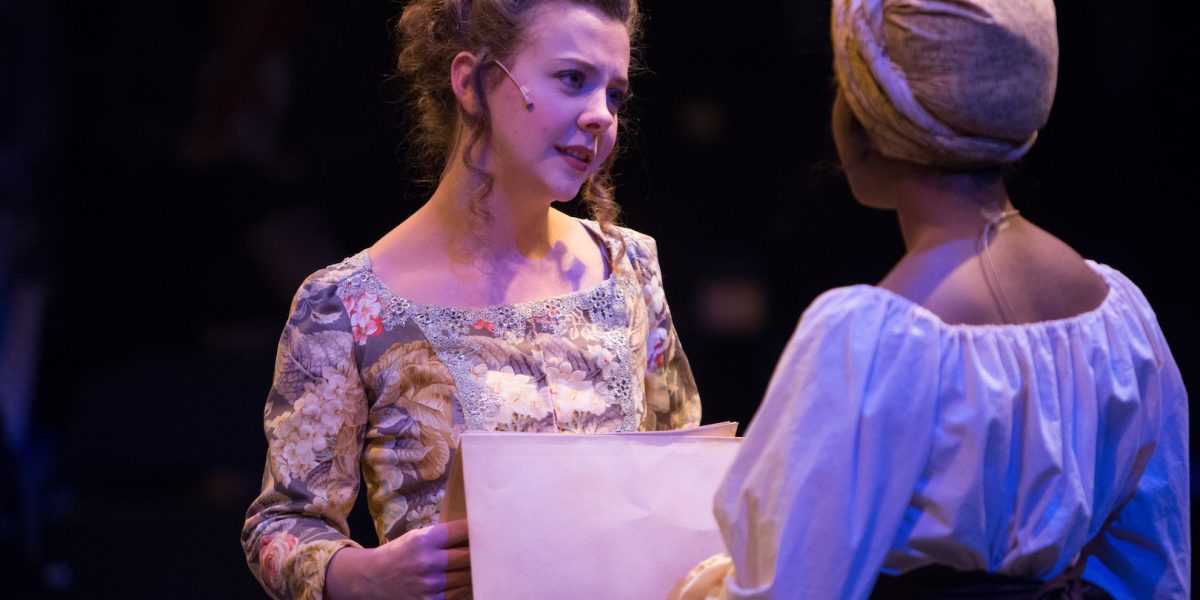 “Bloodroot: The Ballad of Clinch Mountain,” the 2018 original play written exclusively by female members of the Liberty University theatre department, received national recognition from the Kennedy Center in Washington D.C. This is the first national honor awarded to a Liberty theater production.

“Bloodroot” earned the Distinguished Production of a New Work award, and Adell Ehrhorn was recognized for distinguished Performance in a Play. Ehrhorn played the role of country music icon June Carter Cash, according to Liberty News.

Linda Cooper, the writing project facilitator, agrees that the success of “Bloodroot” can be attributed to its all-female writers and cast members.

“(Female involvement) is a need that we see in theatre right now, that we were kind of ahead of the game in meeting that need. So, I think it gave it that competitive edge,” Linda Cooper said. “I think it also was because it was not just written by all women, but it was about all women.”

Cooper believes “Bloodroot” was received so well because of the passion that was put into the play.

“The passion of the girls who wrote it, they believed in each other and they believed in their play,” Cooper said. “And it was contagious. When you came to watch it, you could just feel their spirit.”

These awards are a big step for Liberty University. A national recognition sets the theatre department apart from other colleges.

“Liberty has never received this national recognition for theatre,” Cooper said. “Very few theatre programs in the United States receive this, so it has placed us in a very elite category for playwriting and production.”

Not only does this benefit Liberty as a whole, but it also helps motivate the individual students.

“It also helps to encourage students to see that they can control their career a little more by creating it, creating new works and getting them done, that people are really wanting and needing new works written,” Cooper said.

The story of how “Bloodroot” was written serves as a lesson for students. It shows students that if there is a problem, you must put in the work to make a difference. Cooper knows there’s a message that this play can give to students.

“It would be to stop complaining and find solutions,” Cooper said. “That’s what these students did; they stopped complaining that there was not enough roles for women and created their own.”

The play may not have been written had the original writers not reached out to their professors to try and work together to find a solution.

What Cooper would say to the original writers behind this play and a message to students in general is to trust your God-given abilities.

“Always have confidence in your own abilities and that if the Lord gives you a story, he will help you complete it,” Cooper said.