Liberty University students talks about her battle with depression amidst uncertainty 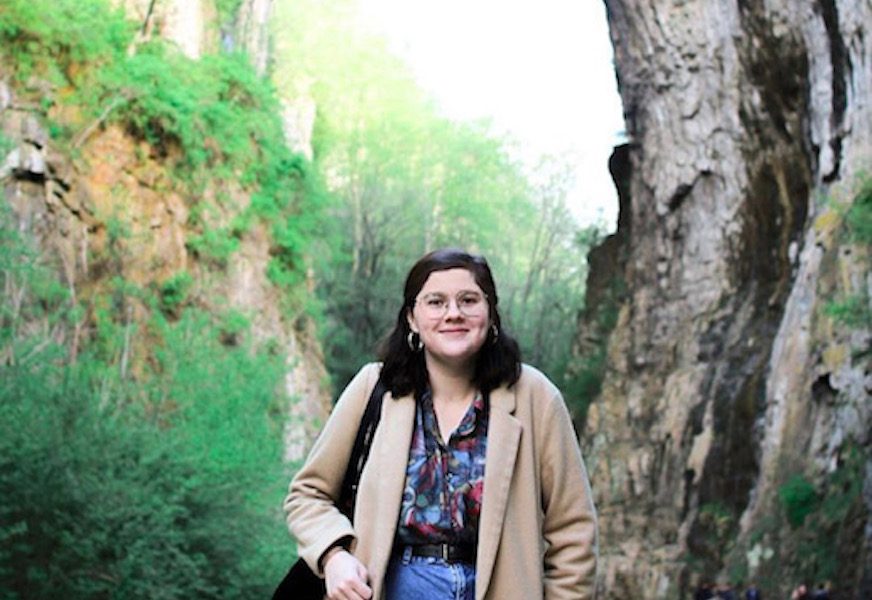 Her childhood ended with an earthquake.

It was 2007 in Lima, Peru, and Liberty University student Olivia Williams was seven years old.

The earthquake lasted three minutes, and nothing would be the same after.

Williams grew up as a missionary kid, hopping from South America to the United States, never staying in one place for very long. However, she spent the majority of her childhood in Lima with her grandparents, aunts, uncles and cousins who also did missionary work in the area.

“I had a pretty normal childhood,” Williams said. “It was great, but the way I grew up in Lima – all of the houses had bars on the windows. The nicer ones would have a 10-foot wall around it with glass shards to keep people from climbing over. I was always scared, but I knew that because of those precautions I was protected. Then I was pulled away and didn’t have that protection anymore.”

After the earthquake, the season of her childhood that marked security and comfort was gone. Her family served in a remote fishing village in Peru to help the nearly destroyed town rebuild.

During the next year Williams stayed at her grandparents’ home in Lima for homeschooling, as the rest of her family had returned to the States for a furlough year.

“We just lived out on the property and I had no friends,” Williams said. “So, when I had my 11th birthday, my mom called her friend who had two kids my age. I had met them once when we were six, and they came and spent the night for my birthday. I didn’t know them, so they had to introduce themselves, and then we were like, ‘Ok, let’s eat cake.’”

A year later, Williams’ parents felt that God was calling them to plant a church in the jungle of Peru. Miles away from any form of modern civilization, the indigenous people group they began to witness to had never seen white people before.

“There (can be) a healthy element of fear, but I took it to the point of paranoia,” Williams said. “I didn’t cope well. There was always the sense that we were serving other people and so I shut myself off.”

This was the beginning of a season of complete uncertainty that lasted seven years. From age seven to 14, Williams never knew when her parents were going to hear the call of God and uproot her life again.

After a year in the jungle, they returned to Lima.

Once they returned to Lima, her parents heard the call to go to Texas. They didn’t know how long they would be staying, why they were there, or what their future would hold.

“I remember that after a while in the States, my parents figured out we would be staying long term,” Williams said. “That’s when I lost my identity. It was the first time since I was seven that there wasn’t a lot of uncertainty and that’s when I started to get depressed.”

The extreme contrast between what she had grown up knowing in the remote corners of a third-world country to middle-class suburban Texas left Williams restless without a person that understood how she felt.

“I was irritated with everyone around me,” Williams said. “It was very shocking to me to see the lifestyle that people live in the States – the lifestyle I lead now. I remember being so shocked whenever someone would throw away food. I wanted to get up and dig it out of the trashcan, but I knew I couldn’t do that.”

The stability and American normalcy caused tremendous culture shock. With the fear that they were never going to stay long, Williams created a habit of pulling away from friendships, never letting them grow beyond a year.

Williams fell into depression her freshman year of high school. As she transitioned from a public school to being homeschooled in high school, Williams could not shake the feeling of being stuck. The depression, darkness and spiritual warfare lasted three years.

“I got to a point where I just couldn’t take it anymore,” Williams said. “I had tried to talk to my parents before, but they just didn’t understand. I gave it one last shot and finally they realized the extent of what had been going on the past three years and I started to get help.”

Towards the end of her junior year of high school, Williams finally began to heal. She passed her learner’s permit test and began applying to colleges which would soon lead her to Liberty University. But after all that she has been through, where does that leave her faith?

“I think my faith is truly rooted in the things God has done for me, pulling me out of the darkness,” Williams said. “Before that, it was rooted in my parents or the work that my parents did, but once we moved to Texas that was no longer relevant.”

Williams, a psychology major, is a Community Group Leader on her hall for the second year in a row. She is a beacon of light for anyone who might be going through any darkness of their own. She made it back from the point of no return and works to focus all of her efforts on serving others and glorifying God in it.

Williams’ advice to anyone who might be walking through that darkness is memorize Scripture, do not try to cope with your struggles alone, know your triggers and take care of yourself and your surroundings when you can function so that you have taken preventative steps to lessen the hard days.