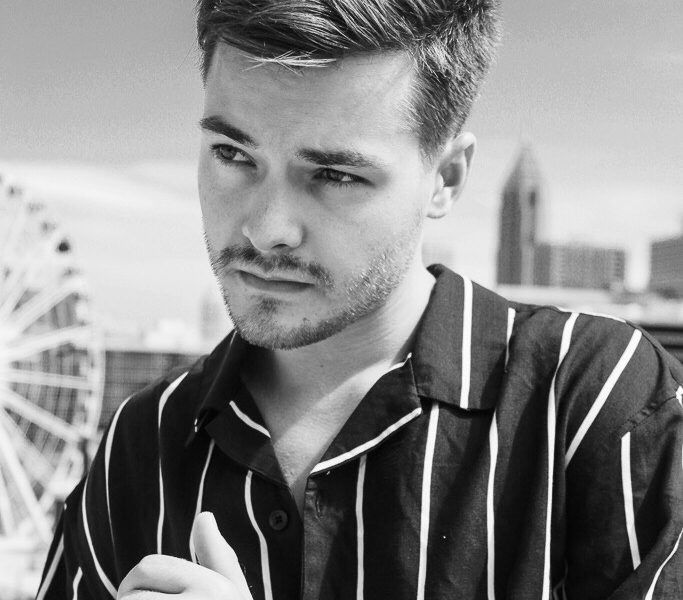 The fear that promised him safety almost stole his voice.

The album blends bright rhythms with mellow singer-songwriter tunes, taking listeners through the whirlwind of love to the aches of heartbreak and loneliness in an attempt to make sense of the unexplainable.

Finnesand, a songwriter since second grade, never considered his favorite pastime as a realistic career path.

Until he came to Liberty University, Finnesand kept his songs locked away in a journal, showing them only to his family. But during his time at Liberty, he let a few trusted friends listen to voice memos of his songs. They told him that he was on to something.

“I don’t know if I would have ever come to that on my own,” Finnesand said. “I think I needed some people around me to say I needed to take that step.”

Finnesand released his first EP, “Honest,” in 2016. But his victory was still shadowed by doubt. With the support of his family and friends behind him, he decided that making music was no longer a hobby, but a dream worthy pursuit.

After graduating from Liberty in 2017, Finnesand moved to Nashville where he honed his musical style and wrote over 50 songs. A couple years later, the heart of his work lies in the very first track of “Springside.”

“If there’s one central theme, one central takeaway of the whole album, it would be the very last line of the intro, which is: ‘A broken heart isn’t the one most tragic. It’s the one that dulls the lows and accidentally dulls the magic,’” Finnesand said.

His breezy songs “Falling for You” and “When You’re in Love,” matched with the groove of “Never Been Loved” and “R.G.T.,” make “Springside” a perfect summer listen.

He feared that the rawness of some of his songs were too specific to his own personal experiences. But it turned out that he transformed his audience’s feelings into something tangible.

The song “Be Careful” is an anthem for living and loving fearlessly. According to the song, “playing it safe has a cost of its own.”

“I grew up always hearing that the heart is fragile and it breaks and the more you give yourself to the people around you, the more opportunity you have to get hurt because they might misuse it and abuse it,” Finnesand said. “(The song) is not saying be dumb … it’s saying open up your heart to the possibility that there’s more. I think if you can’t get hurt in a relationship then you probably don’t have real intimacy with anybody.”

Finnesand’s time working in high school ministry helped inspire “Alone,” which he hopes will reach the ears of that age group.

“They don’t feel known,” Finnesand said. “They just feel like they’re a picture and a caption. And they don’t have anybody who really knows them or cares or listens. I think (with) that song I just wanted people to hear and feel like somewhere in the world they have a friend.”

Finnesand’s excitement for the release of “Springside” was plagued by the nagging fear that his audience would not find his songs as meaningful as he did.

“I was breaking the one rule of this whole album, which is ‘stop doing that, stop protecting’… stop protecting your heart so that you don’t get hurt. Because if you do that all the time, then you’re not going to be able to experience the good things too,” Finnesand said.

Finnesand encourages creatives to ride the oscillating emotions and fight for their work, regardless of what others think.

“It would be such a bummer to live your whole life and then to look back and realize you never really lived the things that you dreamed about,” Finnesand said.

“Springside” is now available on Spotify, Apple Music and all other digital platforms.