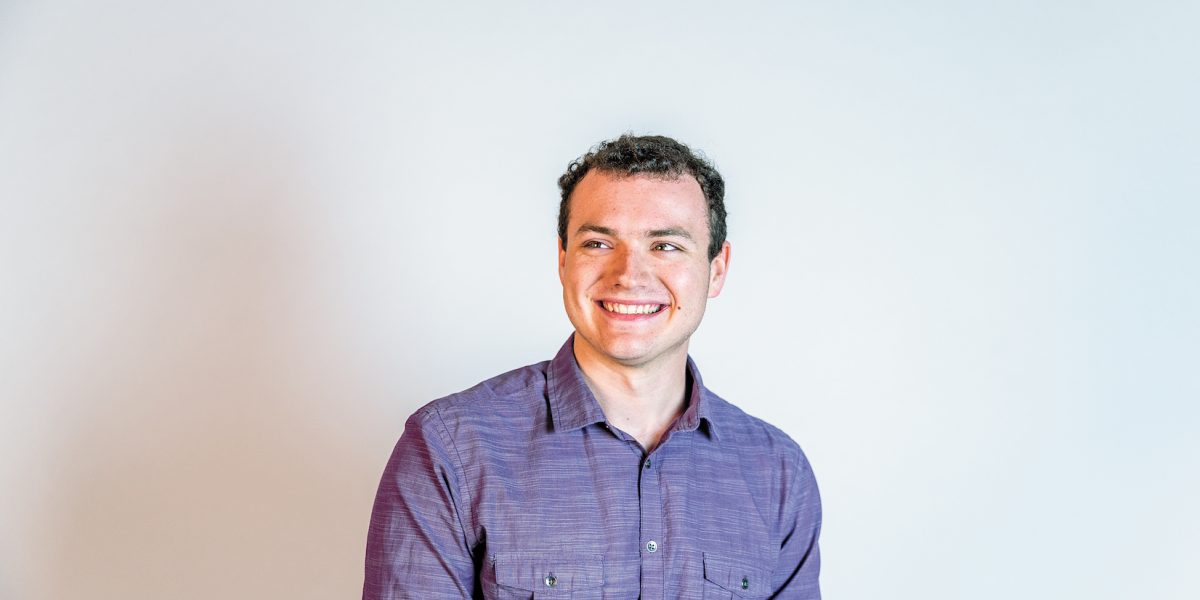 Scales and horns coat a dragon’s back, which glide down the wood in a zig-zag motion until its tail curls at the end.

Liberty University senior John Cramer Jr. thought the Chinese design would look beautiful on a writing utensil, so he handcrafted a dragon-themed pen, designing the beast to function as the pen’s clip.

Cramer operates his personal business, Stylo Ink, out of a small warehouse tucked behind Timberlake Road in Lynchburg, Virginia. Many of Cramer’s funds go toward his college tuition.

As the CEO of his own company, 19-year-old Cramer also serves as a community group leader at Liberty and waits tables at Olive Garden to make ends meet.

Cramer’s multitude of crazy pens offer a unique aesthetic pertinent to the buyer’s personality. The Majestic Squire pen parades a circuit board laced with 22-karat gold. Another signature utensil features a bolt-action mechanism that opens and closes the ball-point pen. Each pen includes a variety of exotic and unique wood types, including Koa and Cocobolo, and can sell for up to $350.  His journey as an entrepreneur was not coated with ease. Each chapter in Cramer’s childhood
brought significant hardships.

“It was a very broken home,” Cramer said of his childhood environment. “My parents were terrible with money. I don’t know how it happened, but they were just doing really badly.”

Growing up, Cramer and his parents visited the food bank most Wednesdays in Lynnwood, Washington, an experience Cramer describes as
very  difficult.

“The hardest part would be hearing the fighting at night,” Cramer said, describing one of the many instances that prevented him from sleeping. “I was very busy all the time, so that’s one thing that kept me from destroying myself.”

Through the financial and relational struggles, Cramer’s parents supported his hobbies, driving him to sporting and music events whenever necessary.

Cramer’s parents separated five times before divorcing. During the separations, Cramer bounced between homes. Before his parents’ divorce, Cramer’s mother gained full custody, and his  father could only see Cramer on paid visits with an accompaniment. The restraining order against his dad lasted until Cramer
turned 17-and-a-half.

In the midst of Cramer’s difficult childhood, in sixth grade,  he discovered his entrepreneur potential while participating in his school’s cookie dough and magazine fundraiser, a campaign to help with
his school’s developments.

Determined, Cramer visited houses throughout his neighborhood and surrounding area, selling as much as possible. Even though the proceeds went directly to his school, Cramer discovered his new
obsession: entrepreneurship.

“I loved the interaction with people,” Cramer said. “I would constantly learn what made people say, ‘Yes.’”

Cramer’s efforts resulted in more than $1,000 for his school over a two-year period.

“I thought it was pretty cool,” Cramer said with a smile. “This money, (unlike the profits from the fundraiser), was actually going into
my pocket.”

Cramer was determined to attend, even though the program typically only accepted high schoolers. Nonetheless, Cramer fought for his spot, offering letters of recommendation from his teachers and church leaders.

Former Executive Director of Washington Business Week Herman Calzadillas rarely welcomed eighth graders into the program, but he made an exception for Cramer.

“I allowed him to attend and found that John was very open to the challenges of the week,” Calzadillas said. “I found that many came to respect him for his willingness to try new things and to approach things from a no-fear point
of view.”

Most kids do not discover their life’s mission in middle school, but Cramer realized his passion for entrepreneurship during his WBW experience as a rising ninth grader. Growing up, he wanted to be the best at everything, and he maintained that tenacious attitude in the business world.

“(Cramer) seemed equally comfortable around adult business leaders as he did his peers,” Calzadillas said. “His ability to network was phenomenal. He seemed eager to meet as many people as possible.”

Cramer soon became an ambassador for WBW, and he even attended the program’s international business course in Poland at age 16. He said without his mom’s financial help, attending these business programs would have been impossible. The WBW programs inspired him to start his luxury pen business, Stylo Ink.

Cramer gravitated toward pen-making because unlike other woodworks, pens held special meaning.

He frequently made simple wooden items like pizza cutters and other kitchen supplies. But as his wood-working skills progressed, pens became an obsession.

“(A pen) doesn’t just stay in a drawer,” Cramer said. “You’re actually using it all the time. It was so cool, making something out of nothing.”

At first, Cramer’s father made the majority of the pens while Cramer did the selling. Everything was operated at his father’s house, 20 minutes away from where Cramer lived.

“He was just really hard to work with,” Cramer said. “He would threaten to take the equipment and stop helping me. I was constantly praying to get out of the situation.”

However, Cramer received his big break in 2017 after holding a door open for a random person entering the Premera Blue Cross location in Lynnwood, Washington.

The man just so happened to be Jim Messina, the Chief Operating Officer (COO) for Premera.

Cramer nailed a sale with the insurance company, who purchased nearly 60 pens. According to Cramer, the sale would not have happened without the simple interaction between him and Messina.

The revenue from that sale along with a $550 endorsement from Messina and Mark Gregory, the chief information officer at Premera, helped Cramer find his bearings and operate independently from his father.

“I think John will be successful in his current and future businesses,” Calzadillas said. “John is sincere in his approach to people, cares deeply about those in his social sphere, and looks to do good with his good
fortunes.”

“They will really help you bring your idea to life,” Cramer said of the Center for Entrepreneurship. “That’s something no other school really offers.”

“When I see a pen, I see an opportunity for someone else to forge a future that is better,” Cramer said. “A pen is so much more than its exquisite curves and the ink that glides from it. It acts as an intermediary between your story and the limitless opportunity awaiting in your future.”