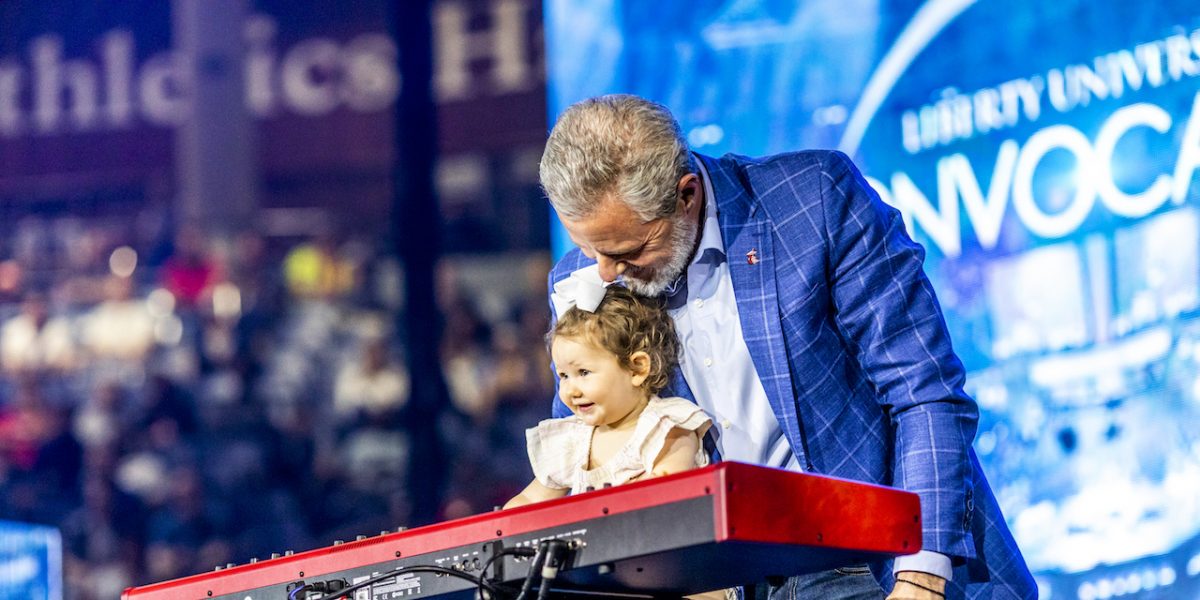 The threat of heavy rain drove students inside the Vines Center for Liberty University’s third annual Lawnvo April 26, but students still enjoyed free Italian ice and a relaxed dress code. Some students sat on picnic blankets on turf on the floor of the arena.

The final Convocation of the year opened with the Worship Collective performing some of the most popular songs of 2018 and 2019, including Zedd, Maren Morris and Grey’s “The Middle” and the Jonas Brothers’ “Sucker.” Then Senior Vice President for Spiritual Development David Nasser took the stage to talk about some of Liberty’s highlights from the year.

“We could talk all day about the different facilities that are popping up left and right, but what really matters here is what those facilities do,” Nasser said. “They equip the saints to do the work of ministry. They raise up the next generation of leaders.”

Some of the ways Liberty has ministered this year included giving almost 500,000 hours of Christian Service to the community and providing local businesses and organizations with almost 2,500 volunteers during Serve Lynchburg. In December, Liberty students collected nearly 5,000 Operation Christmas Child shoeboxes, breaking the world record.

Nasser also mentioned notable Convocations from this year, including the April 17 Convocation with pastor and singer Travis Greene. That evening, Greene led students in prayer for each other during Campus Community. One student, Brianna, asked for prayer that her family would not go into bankruptcy after her father’s medical bills.

Some students gave cash, while others gave through Cash App, giving so much that Nasser asked Brianna if she would be willing to give the extra money to others in need.

Students raised a total of $9,468 in cash during Campus Community that evening, and Greene and his band wrote a check to round the total up to $10,000.

President Falwell and Becki Falwell brought their granddaughters, Virginia and Reagan, on stage with them. Falwell shared wisdom for students for the final Convocation of the semester. He spoke of Liberty’s humble beginnings – some of the university’s first students were housed in an old, run-down hotel downtown, with classes on the now deserted Treasure Island on the James River. Students being bussed to and from the island had to walk across an old bridge because the bridge could not support the weight of the buses with students on them.

“Don’t underestimate what God can do with your life,” Falwell said. “When you hear the story of how Liberty came from nothing to where it is today, you’ll see how God can use somebody who is the most unlikely person to do something big. That’s true for every one of you. No matter how humble your beginnings are, and no matter how difficult a period of your life that you go through after you leave here, God can do something huge in the end. You have to remain faithful, you have to work hard, you just have to believe.”