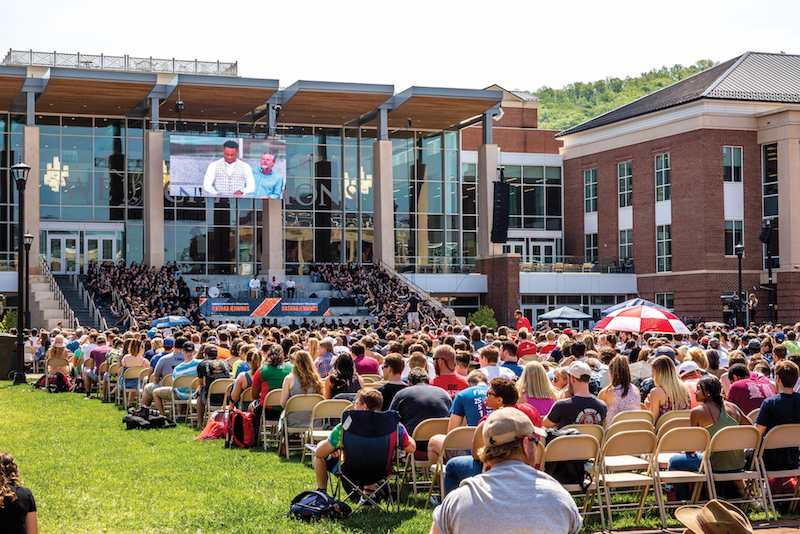 Back by popular demand, the outdoor event commonly referred to as “Lawnvo” will be returning this May, but things will look a little different in the crowd.

According to Office of Residence Life Director Dustin Dubose, all fair-skinned students will be issued an excused absence from the event in an effort to prevent a repeat of last year’s event, which some victims began calling “the Lobster-skinned Lawnvo of 2018.” Following the incident’s widespread sunburns, awkward tan lines for those with ripped jeans, and wooziness experienced by students required to wear professional clothing, it was clear that drastic measures had to be taken.

David Nasser, Liberty’s senior vice president for Spiritual Development, said the event will be a time to celebrate the end of the year in true Liberty fashion.

“We are the Flames after all, so what’s better than having the students set themselves on fire as an act of religious devotion, by sitting in direct sunlight for hours?” Nasser said.

While the pale student population is expected to stay in their dorms, there will also be a few additions for those who are still required to attend. The Lynchburg Fire Department will be standing on the fourth floor of DeMoss Hall with high-powered hoses spraying the crowd with water if the temperature exceeds 95 degrees, and the Worship Collective will be singing exclusively water-related songs, according to member Judd Harris.

“It’s basically the same set list that we usually have anyways, but I think it’s more noticeable this time around,” Harris said.

Instead of the popular fundraising technique of selling Krispy Kreme doughnuts, a group of Global Studies majors will be selling sunscreen and ice cream sandwiches on the steps of the Jerry Falwell Library to raise money for their upcoming mission to the North Pole.