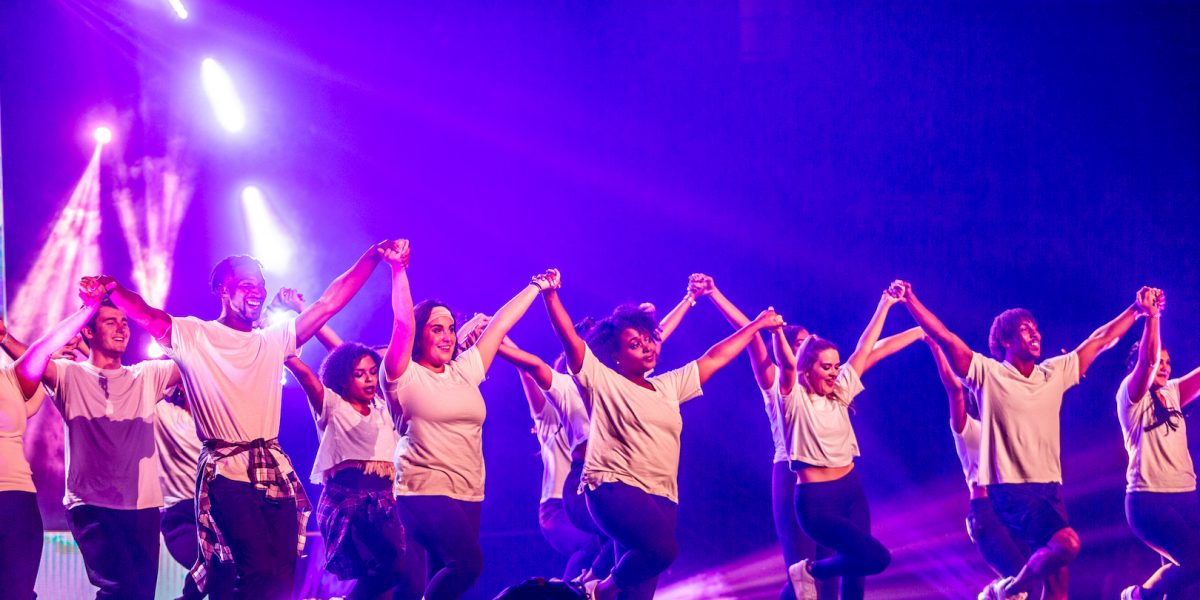 Feelings of nostalgia sparkled through the Vines Center as students of all ages enjoyed a night of reminiscing on simpler, more magical times at the Disney-themed 2019 Spring Coffeehouse titled “Where Dreams Come True” hosted by Student Activities.

“I love coming out to Coffeehouse and this year’s sets were really amazing,” Liberty junior Lucy Stephens said. “Seeing my fellow classmates singing and showing off their talents through the Disney theme was really awesome.”

The night, which started at 11:30 p.m., showcased two hours of song and dance that had students caught up in the sweet and simpler times of their Disney-Channel childhoods, with standout performances that pleased the crowd.

Songs from Disney classics “Beauty and the Beast” and “Sleeping Beauty” were combined with newer favorites “Brave” and “Frozen.”

“The best part of the evening for me was the duet of ‘Once Upon A Dream’ with the violin accompaniment – when they started singing, no one was speaking and the entire audience was listening. It was one of the most beautiful sounds,” graduate student Brodie Sell said.

One act in particular received an enthusiastic standing ovation.

“The ‘Beauty and the Beast’ song ‘Tale as Old as Time’ was absolutely incredible – I got chills and almost cried while they were performing,” freshman Ellie Steiger said.

Another much-awaited part of Coffeehouse is the themed videos made by students.

“My favorite part of the night was the (video) ‘The Suite Life of Zack and Cody’ because it was so accurate to the original show,” junior Ian Willett said. “They did a really great job.”

A lot of glitz, glam and practice goes into Coffeehouse night, and students loved the chance to see their fellow classmates in a completely different setting.

“I love seeing the different talent Liberty has to offer because you never really know what your classmates are capable of,” Holly Boyd said. “This one was really special to me because I’m a senior, and this was my last Coffeehouse.”

Some students are blown away by the talent that shines through the people they have only known as familiar faces passing through the hallways.

“It’s so cool seeing people that you see around campus all the time on a day-to-day basis and then see them bring all this talent to life up on stage,” freshman Gabriel Colvin said. “It’s completely different than you’d ever imagine them to be, and that to me is really awesome.”

Some students took a moment to express their gratitude for the hard work and different talents showcased during the event that is hosted twice a school year.

“They never fail to come up with a fun and exciting new theme each time, and the music that goes into some of these shows is really breathtaking,” Liberty sophomore Isabela Botero said.