Liberty students hit the streets of D.C. before Ford-Kavanaugh hearing

The Liberty students were hosted by Concerned Women for America and attended the CWA Women for Kavanaugh, I stand with Brett Rally, which was located at the park behind the Russell Senate Office Building. 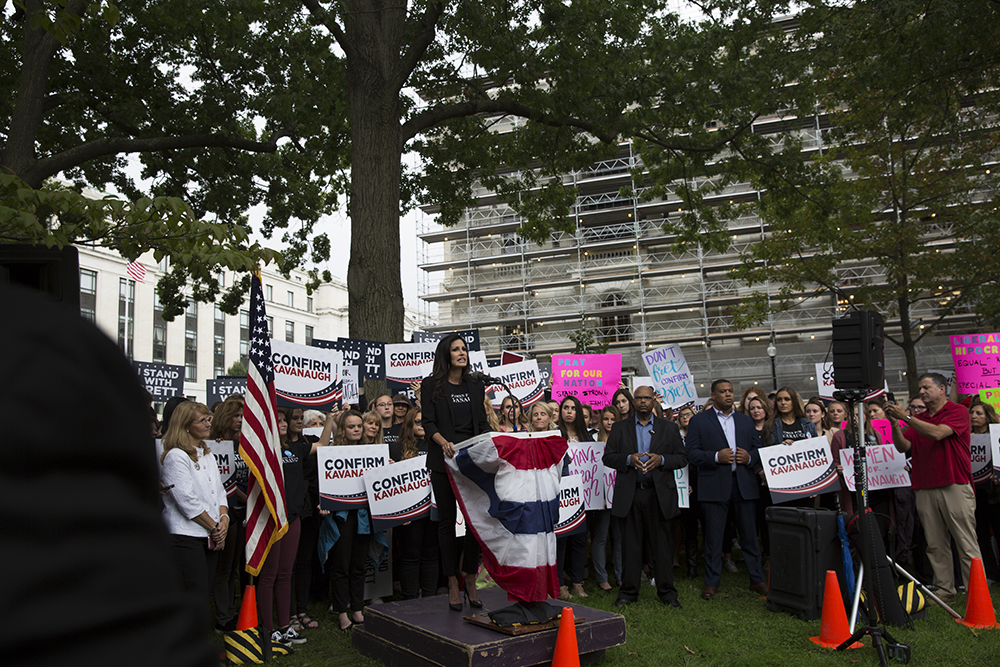 With about 500 in attendance, Peggy Nance, the CEO of CWA, opened the event and addressed Liberty students, anti-Kavanaugh protesters and members of numerous conservative organizations.

“We are here today to give conservative women the chance to let our voices be heard on this subject. There’s been a lot of talk, right? Now you’re going to hear from us,” Nance said. 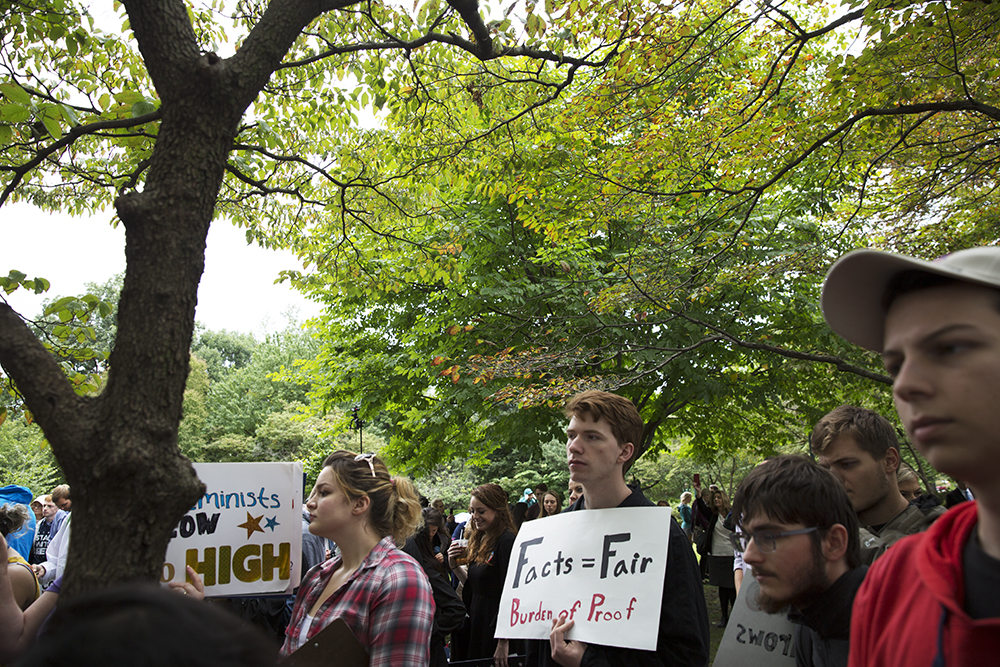 Rally goers were encouraged to be silenced no longer. Photo by Lillian Abbatacola.

The rally called for the silent majority in the U.S. to not be silent anymore. There was a common call for fairness, active young women in government and a cautious warning for women to protect their narratives of abuse from getting hijacked for political gain.

“In general, for too long, feminists have held the microphone when it comes to speaking out about what women want. Radical feminists have had that microphone, and it’s time for more intellectual diversity, for more conservative and pro-liberty women to speak out for our ideas,” Karin Lips, president of the Network of Enlightened Women, said.

Over a dozen women spoke at the rally, including Allie Stuckey, Peggy Nienaber and Patrice Onwuka. Onwuka spoke on the unfairness women face when they tell their sexual abuse stories, but she also highlighted the unjust treatment of Kavanaugh during his hearing process. 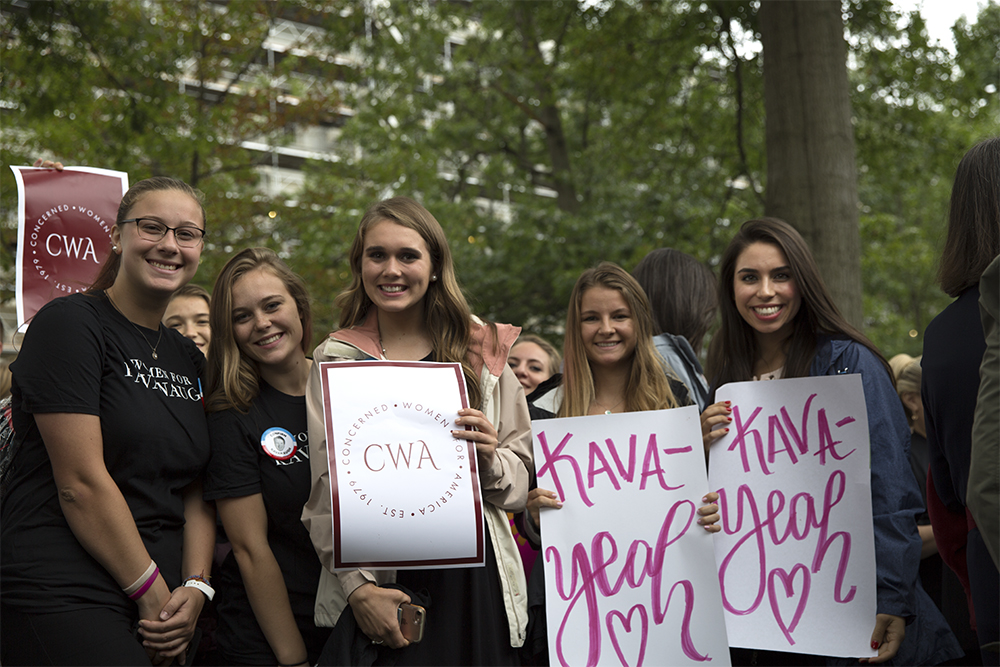 Liberty students showed their support during the rally. Photo by Lillian Abbatacola.

“There is fairness (and it) is at risk right now,” Onwuka said.

The idea of a fair due process was on the minds of other speakers as well.

“I hope that both people testifying get a fair shake,” Lips said.

Onwuka said that fairness is treating men and women the same in these circumstances.

“It is also unfair to make Brett Kavanaugh the stand in for every predator and perpetrator of those wrongdoings,” Onwuka said.

Lips and Liberty’s chapter president for Young Women for America, Victoria Belk, both called for young women to get involved in politics.

“I’m excited to see so many young people speaking out about the future, because this matters,” Lips said.

Belk, who said she was frustrated with the unorthodox questions the Senate Judiciary Committee asked of Kavanaugh called for her peers to get involved.

“There’s no generation gap. Young women are supporting (Kavanaugh). We also want to be involved with the scene and show that we support his family and stand up for our judicial processes,” said Belk. 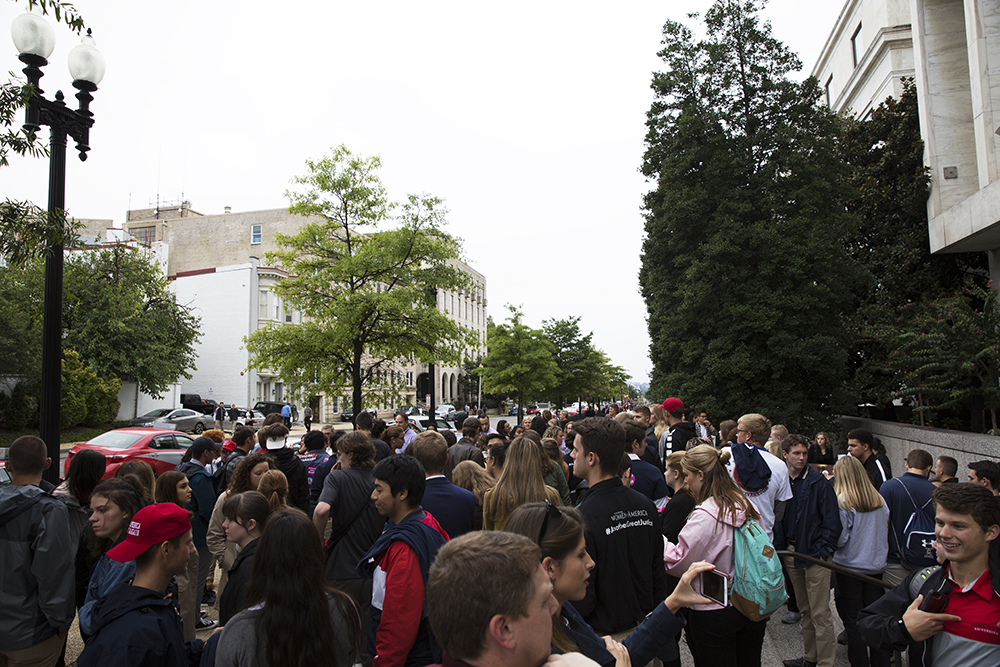 President Falwell and Concerned Women for America made it possible for students to travel to D.C. Thursday Sept. 20. Photo by Lillian Abbatacola.

Liberty students and other rally goers cheered and held signs in support of Kavanaugh. Some signs read “Kava-yeah” or “Stand strong, the truth is your shield.”  The sign reading “Mama bears unite” was held by Kimberly Fletcher, the president and founder of Moms for America. 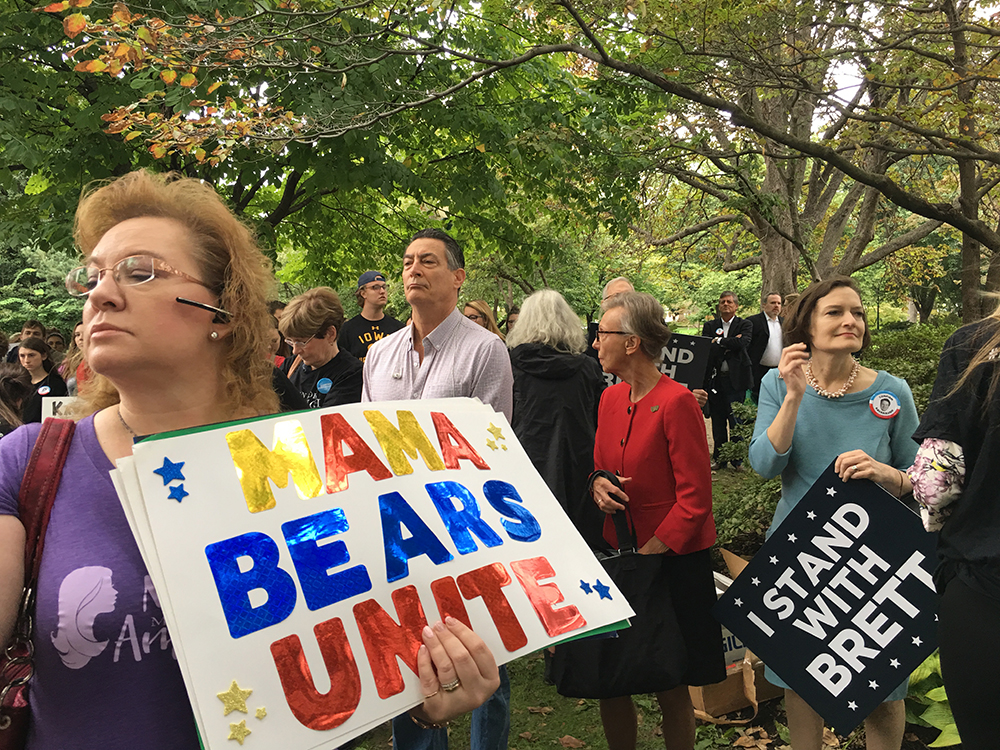 Fletcher said that the Senate Judiciary Committee’s process is detrimental for the future of America.

“What they are doing with this process is actually not just making a mockery of this process and completely disrespecting the integrity of it, but it’s also marginalizing the act that they are accusing this man of doing and putting every one of our girls and women in danger of not being believed in the future,” Fletcher said.

“We (the current political climate) are using women as weapons to kowtow men,” Fletcher said. 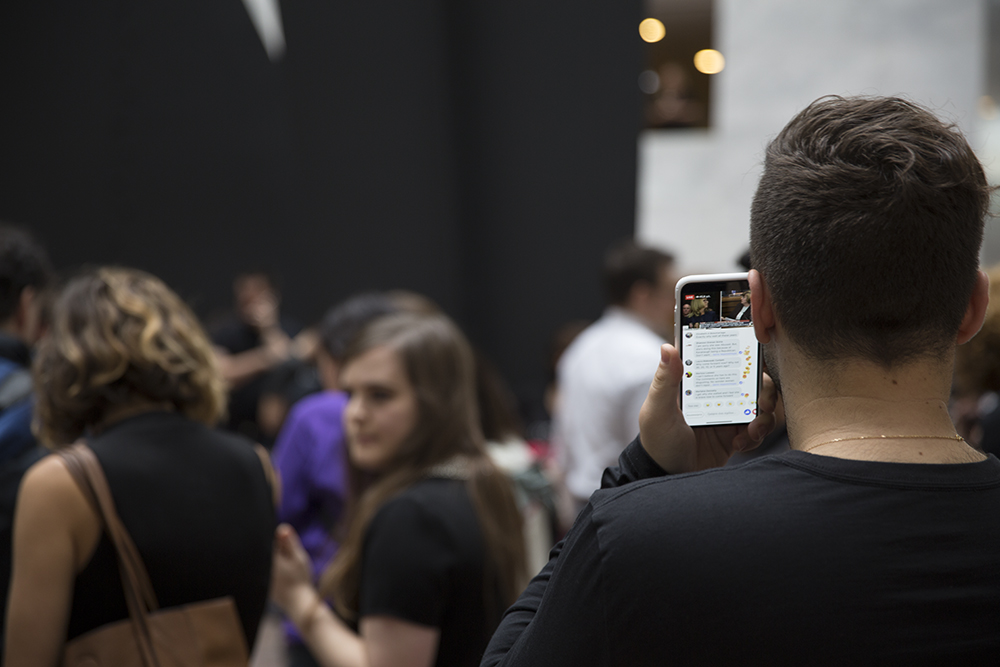 A man listens to the Kavanaugh and Dr. Ford hearing on his iPhone in the Hart Senate Building Sept. 20. Photo by Lillian Abbatacola.

Onwuka and Fletcher both encouraged women to immediately follow through with the law if they are ever sexually violated.

“Don’t sweep (sexual misconduct) under the rug and then one day drag it out or allow people to use your story for political motivations,” Onwuka said.

You can watch the entire rally on the CWA Facebook.

More coverage of the Kavanaugh nomination process will be published in the Oct. 2 issue of the Liberty Champion. The senate committee vote to recommend Kavanaugh to the full senate is Friday, Sept 28.