As part of the agreement, ESPN will carry all of Liberty’s 2018 home games on the online platform ESPN3, as well as maintain the option of putting matchups on one of their nationally syndicated television channels (ESPN, ESPN2 or ESPNU).

“We are right now trying to work to get some local opportunities for (broadcasting) the road games, but nothing has been finalized at this point in time,” Liberty Athletic Director Ian McCaw said. 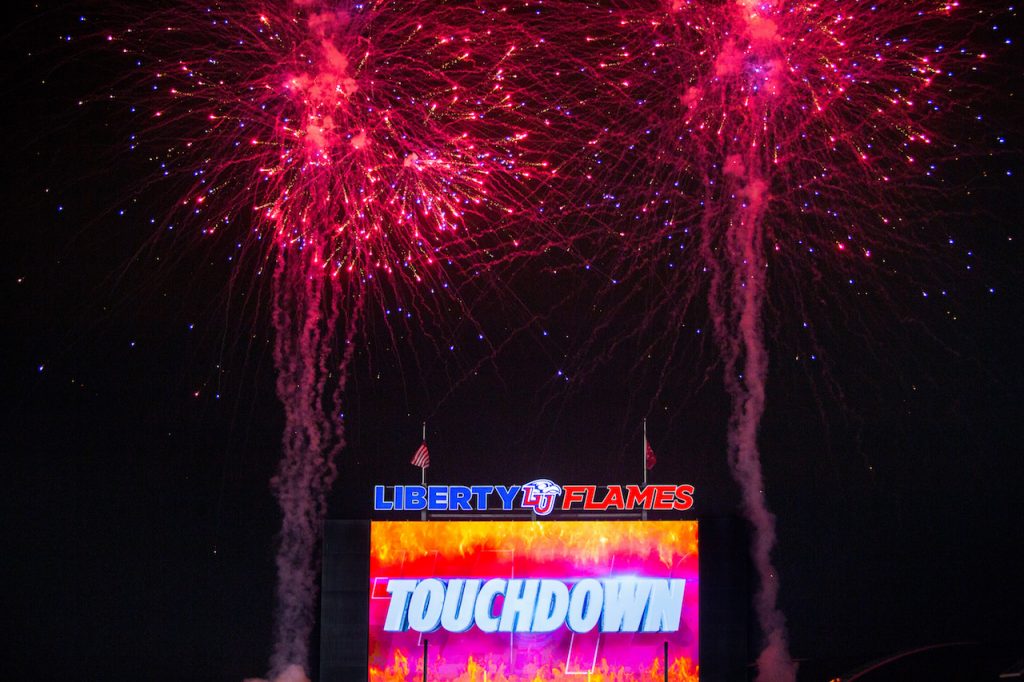 The relationship with ESPN is exclusive, meaning no other company has the right to televise Flames home football games until the deal is shifted or expires. However, according to the official University news release, the Liberty Flames Sports Network will still be used to provide pre-game, post-game and halftime game coverage.

The first game under the new deal—which was also the first game for Liberty in the highest division of college football—was the Flames’ 52-10 win over Old Dominion University Sept. 1.

Coming up, Liberty’s contests with Norfolk State (Sept. 15), North Texas (Sept. 22), Troy (Oct. 13), Idaho State (Oct. 20) and New Mexico State (Nov. 24) will all be available for streaming on ESPN3. Plus, their first road game of the season against Army Sept. 8 was nationally televised on CBS Sports Network.

“Being on ESPN3 where anyone in the world can watch…helps our program in a number of ways in addition to our players,” Flames offensive coordinator/quarterbacks coach Joe Dailey said. What does this sentence/quote mean?