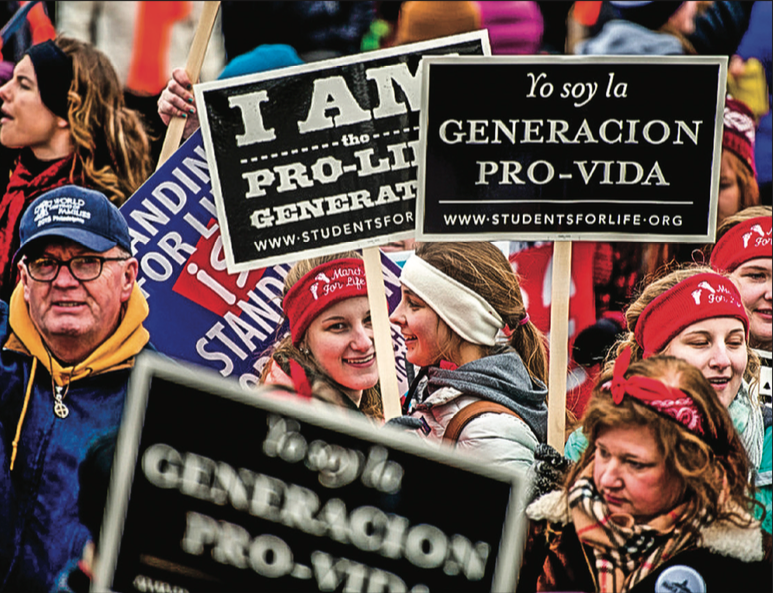 More than 56 million babies have been murdered in the U.S. since Roe v.

Wade took effect in 1973, according to LifeNews.com.

To put that in perspective, the amount of babies whose lives have been terminated due to abortion is about the same number of U.S. soldiers that have died in all of the wars the U.S. has ever
fought in combined.

This statistic should break the hearts of the American people, but so many people just cannot see a fetus as a human being.

Recently, Virginia lawmakers have been discussing a bill that would ban abortions past 20 weeks of pregnancy.

The Associated Press reported that Virginia Delegate Dave LaRock named the bill the Pain-Capable Unborn Child Protection Act in light of the scientific study that unborn babies have the ability to feel the pain of an abortion.

Though I am expecting a more pro-life White House since the inauguration of President Donald Trump, this bill came to my surprise.

In this culture, I am used to seeing headlines promoting the right for women’s choice.

What I was not surprised to see was that this bill is already
facing backlash.

According to the Associated Press, Virginia Gov. Terry McAuliffe has already vowed to veto the bill, saying that being a part of it “wastes time” and gives Virginia a bad image.

As I read this I could not help but think about what a depraved generation we have entered into where the protection of human life has become “wasted time.”

Our culture disregards the sanctity of human life by forgetting that the fetus resting inside its mother’s womb has the potential to become someone extraordinary.

This Virginia bill should be passed first and foremost because it protects the unborn.

Secondly, it should be passed because it has the power to remind the American people that the fetus is a living being.

This reminder is so important because we have entered into a culture where people see abortion as just as an everyday activity rather than the termination of human life.

Last year, right after the Supreme Court decided to overturn a Texas pro-life law, I was scrolling through Twitter and found a tweet by The Daily Show that struck a nerve in me.

“Celebrate the #SCOTUS ruling! Go knock someone up in Texas,” it said.

I realized then that our culture has dehumanized the fetus so much that we actually have found the capacity to find humor in something as tragic as an abortion.

My prayer is that this bill passes and revival will awaken in the U.S. People are currently influenced by culture and media that are preventing them from seeing a fetus for what it is — a living human being that is precious in the eyes of God.

Drogan is an opinion writer.