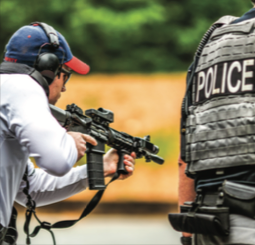 Less than a year after Liberty University President Jerry Falwell Jr. announced the allowance of concealed carry weapons in residence halls May 2016, Liberty University plans to start construction on a new gun range in March 2017. 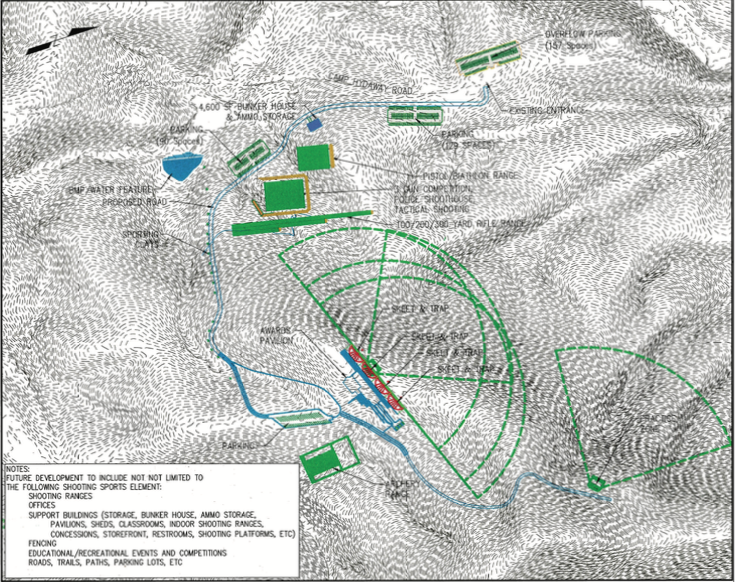 BLUEPRINT — Liberty’s future gun range (map pictured above) will be built next to Camp Hydaway. The plans are tentative and could change over the course of the next few months. Photo Provided

“What we hope this will represent is a premiere location for a number of different activities,” Butler said. “The first and foremost is student activity. (The University’s) concealed carry program has been incredibly successful.”

Butler said the plans include 490 acres off Camp Hydaway Road on Liberty Mountain — across from the entrance of Camp Hydaway — though only 60 will be developed.

The facility will include a pistol range, a field house, which will include an armory, a three-gun tactical range, a 100-yard, 200-yard and 300-yard rifle range as well as a shoot house, an area for shotgun sports such as skeet, a bunker trap, five-stand and sporting clays.

In addition to ranges, Butler said an open-air 6,000-square-foot awards pavilion will also be part of the setup.

Falwell approved the budget for the project, which should be finished by early September 2017. 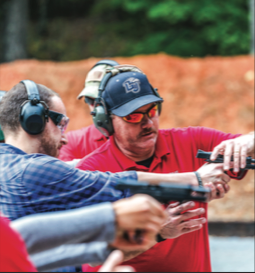 “We wanted to develop something that would help us take students who are interested in firearms and firearm safety through that process that was, first of all, safe and convenient,” Butler said.

According to Butler, the school plans to form club sports and NCAA teams.

“The goal … is to build a facility that will help us (field) a team for each of the Olympic shooting sports competitions,” Butler said.

In addition to making the facility available to students and sports teams, Butler said the gun range will also be used for police
training.

“We wanted to create a facility that was very friendly for (Liberty University Police Department) and other surrounding municipalities that come and train,” Butler said.

Butler added that the public will also be able to come and shoot. He suggested people around the community could come and sight in their rifles before hunting season.

“We really want to follow President Falwell’s direction in designing facilities that the general public would want to come in and utilize right alongside Liberty students,” Butler said.

Only five property owners have property connected to the 490 acres Butler said, and Butler believed the noise should not be a problem with the location of the gun range.

The facility will be built into the valley at the bottom of a hill, and the mountainside will act as a buffer in addition to the safety features already built in.

“We also oriented the guns that shoot the longest distance in such a way that the terrain acts a natural backstop,” Butler said. “Safety is paramount.”

Butler planned for the barriers around the three-gun range to be 12-14 feet high whereas the National Shooting Sports Foundation said the minimum height should be 8 feet with 10-12 feet recommended, according to the article “Baffles, Berms and Backstops.”

After Campbell County Planning Commission and Supervisors voted the project through unanimously during the December 2016 and January 2017 meetings, Butler said the documents concerning the groundbreaking are being filed.

In the next issue, the Champion’s coverage of the proposed gun range will continue.

Tiller is the social media manager.