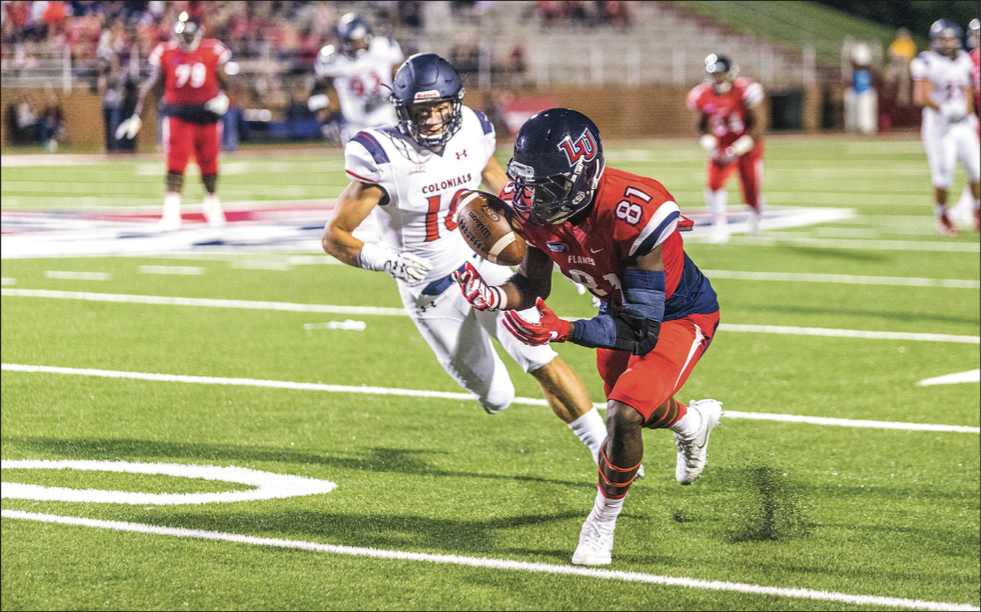 The Liberty Flames football team finished the 2016 season just out of reach of the FCS playoffs as it ended its year at 6-5 for the second consecutive season.

Though the Flames fell short of their second playoff appearance in school history, their 4-1 conference record was enough to crown them co-champions of the Big South, shared with Charleston Southern University. 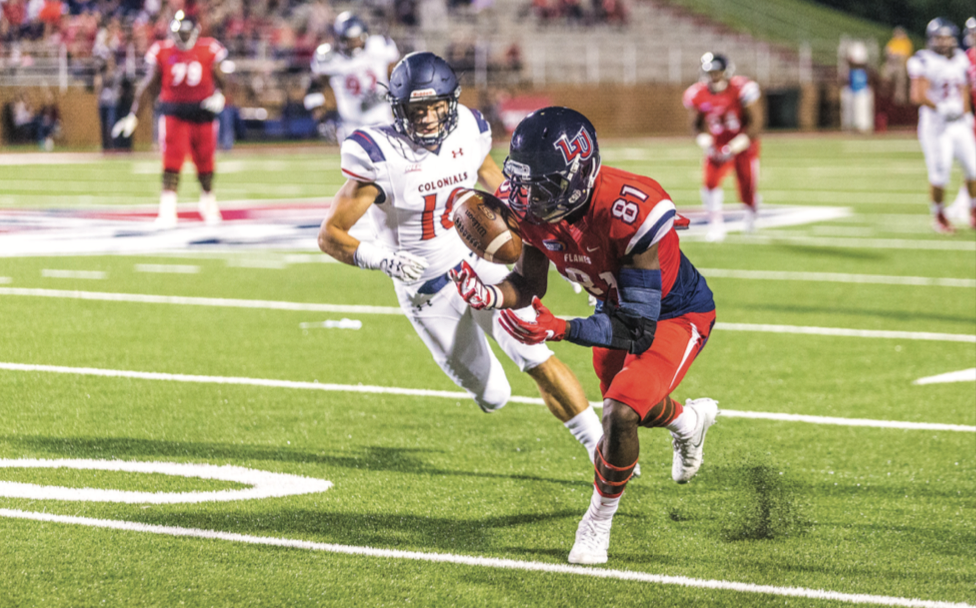 The Flame’s share of the regular season title is a satisfactory accomplishment to a season filled with ups and downs.

“We’re co-champions,” Coach Turner Gill said. “When you say champions that still makes you feel good, even though we didn’t end up like we wanted to. So I’m proud of this team. I’m proud of this coaching staff.”

The Flames inability to produce wins against tougher competition ultimately led to their shortcoming at the end of the season.

The 2016 season started off with a tough matchup against Virginia Tech (Sept. 3), a top FBS team who ended the season ranked 19th in the nation. At one point the Flames led 13-10 but failed to score an offensive touchdown in the game, eventually leading to their 36-13 defeat.

The Flames offensive slump became a recurring problem throughout the season.

After bouncing back at home with a 55-7 win over Jacksonville (Sept. 10) in which the Flames posted 569 yards of total offense, the Flames seemed to have found an offensive identity.

However, over the next two weeks the Flames would suffer defeat at the hands of tougher competition again.

The first loss came from their second FBS opponent, Southern Methodist University (Sept. 17), and then to Jacksonville State (Sept. 24), who was ranked third in the FCS at the time, leaving the Flames at an unpromising 1-3.

At that point, the Flames inexperience was on full display as the young team continued to struggle with protecting the quarterback, turnovers and putting points on the board.

The head of the young team was freshman quarterback Stephen Buckshot Calvert. Calvert slowly earned the starting position in week three after junior quarterback Stephon Masha struggled with turning the ball over.

Initially, Calvert excelled as a starter and gave the Flames a spark that helped revive the offense and put them back in the playoff hunt by winning their next five games. Calvert set a school record by recording 340 passing yards in his first career start versus Robert Morris (Oct. 1).

He also added four touchdowns to his performance that led to the 41-7 victory. Calvert was also named Big South Offensive Player of the Week for his performance against Kennesaw State (Oct. 15) after recording a stat line of 22-of-30 for 211 yards and a single touchdown.

Calvert’s success would eventually be met with rookie mistakes, as Calvert struggled with turnovers and getting rid of the football early enough. In order to ease Calvert’s workload, the Flames relied heavily on the run game later in the season.

The Flames developed a one-two punch running attack between junior running backs Todd Macon and Carrington Mosley, along with a change of pace attack from freshman running back Frankie Hickson. In Liberty’s big win over Monmouth, the rushing core accounted for 362 total rushing yards and 78 more yards from passes caught out of the backfield.

Along with a consistent rushing attack, the Flames relied heavily on a defense that was prone to creating turnovers.

The Flames defense created 26 turnovers with the help of four all-conference recipients on the defensive side of the ball.

“I think on the back end in particular, we had a few more guys that played a little bit more experienced.” Turner Gill said in an interview with Liberty’s play-by-play broadcaster, Alan York. “When you have people flying around the football, that’s when you create turnovers. …I thought the D-line did a fantastic job too.”

Though the Flames defense was relentless, it was not enough to defeat 14th ranked Charleston Southern in the final conference matchup of the season, as the Flames fell to the Buccaneers 48-26 (Nov 12.), essentially denying their playoff hopes again.

The Flames then finished the year off with a disappointing 42-7 loss to 14-year rival Coastal Carolina (Nov. 17).

Even though the Flames season fell short of their hopes of returning to the playoffs, the year was still highlighted by many individual accomplishments and a lot of experience gained for a young team.

“(The young players) are hungry, they’ve got a taste of it, as far as playing,” Gill said. “They know now what they need to do and how to do it, and we’re going to be more specific in creating them into their craft.”

The Flames earned 13 total Big South all-conference team honors including junior offensive lineman Lucas Holder earning Big South Scholar-Athlete of the year. Eight of the 12 recipients will be returning for next season.

“We got a lot of experience,” Gill said. “(There’s) so much valuable experience we got this year that’s going to help us in the future.”

Davis is the asst. sports editor