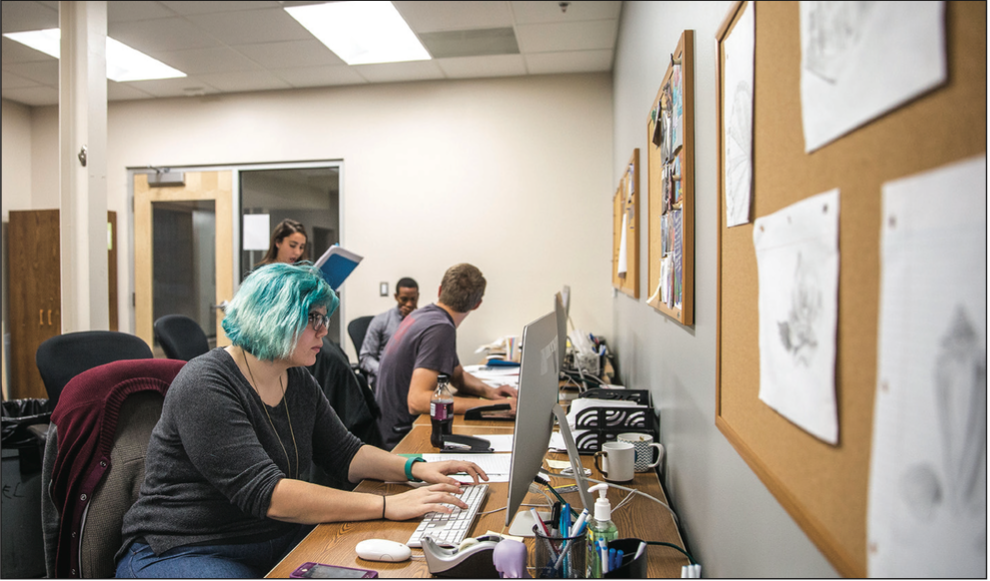 New light has been shed on the journalistic process, questioning the purpose

Schmieg had planned to run it in the Champion two issues ago, but according to his Facebook page, his piece did not run because of the administration’s decision to instead run a letter to the paper’s editor, which also criticized Trump and endorsed Hilary Clinton.

“I decided to go with the medical student’s letter because the writer was a student, not a staff member,” President Jerry Falwell Jr. said.

“The two pieces were redundant and I saw no reason to publish the same content twice.”

Nevertheless, the omission and Schmieg’s doubt over the reasoning behind it sparked a firestorm. Schmieg ended up resigning from his position as sports editor for the Champion.

A bruising week for staff at the school paper, to say the least.

However, it served to renew a neglected but important reflection concerning the paper’s place within the university and the administration’s place respective to the school’s journalistic training.

How well are we in Liberty’s journalistic community being trained for work in the media? How free is our inquiry? Does Liberty exercise an authoritative presence over free speech, inquiry and political expression among its students? These questions and more have trickled through the undercurrent of concerned Liberty students, as well as among the outside world looking in, as a recently published Politco article — titled “How Trump is Dividing Jerry Falwell’s University” — clearly hints.

A point worth remembering here is that Liberty is a private university.

It does not receive extensive funding from a state government and thus does not need to adhere to a conventional public university structure in education or policy.

A private college or university effectively functions independently, setting its own policies to cater to the specific needs within its particular student body.

In this case, a largely Christian one.

As a private university, Liberty has been able to do so much that is so right and refreshing in light of the pathetic narrative carried on within campuses across the United States.

Enabling campus-carry rights, not condoning fickle “safe-space” or “micro-aggression” policies, and allowing the unencumbered teaching of creationism are just a few of the benefits that we at Liberty reap from the school’s status as a private institution — not to mention the freedom to practice Christianity and grow unhindered in our faith.

For all of that and more, I am a proud and grateful student of Liberty.

Furthermore, under that status of privacy, Liberty’s administration technically has every right to censor anything that circulates within or from its community.

That includes the newspaper.

As hard as it may be for a journalism student like myself to swallow, approving articles in the student newspaper can and does fall within the basic right of discretion that Liberty has to enforce as it sees fit among its student body, whether in publication or behavior.

That said, the pressing question pertaining to Liberty’s journalism department is not so much the aforementioned “can” as it is the pressing but unspoken “should.”

I find a multi-faceted answer here.

We journalism students absolutely should practice honing our journalistic skills to the best of our capacity, even if it is within this bubble called Liberty.

Every way in which students are trained as “Champions for Christ” goes toward the coming actuality of working in the real world — of influencing all sorts of social spheres with excellence and godliness.

And if there is any sphere that needs such influence now, it is the media.

Journalism students should pursue their calling in this sadly demonized trade with all thoroughness and enjoy practicing within the relative spiritual and ideological safety of Liberty.

And yet, I am afraid that we students tend to defeat our own purpose by inflating our status as “reporters” at Liberty, rather than merely “reporters-in-training.”

We hurt ourselves by making assumptions before doing proper research, by becoming ideologues who justify any and every approach “because, rights!” and, quite frankly, by raising a ruckus instead of raising honest inquiry.

When we students elevate ourselves so much in a place that is simply a concentrated and temporary slice of life, we might be stinting ourselves of more than we know.

Honestly, I tend to see a trend of up-and-coming Woodward-wannabes who contrive sinister intent where there simply may just be a misunderstanding or poor communication.

In the end, a half-baked, conspiratorial approach is demeaning and defamatory to all involved.

Even worse is hasty propagation of faulty information, which I personally encountered this week as I worked on this very article.

At the end of the week, Schmieg went on to clarify the actualities of his kerfuffle with Liberty that led to his sudden resignation from the Champion staff.

“Unfortunately, the main story turned out not to be the column, but the fact that it was pulled by President Falwell,” Schmieg said on his Facebook page in response to the overwhelming national attention his piece received.

“In the end, President Falwell had every right to pull the article. 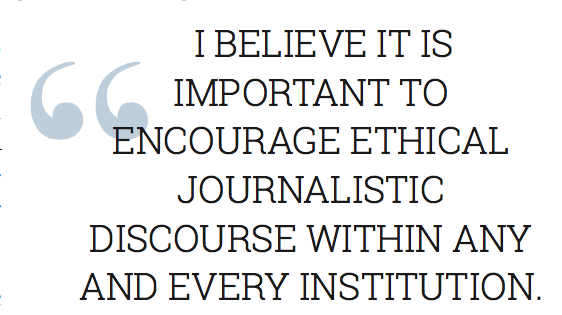 Obviously I did not like his reasoning, but he is still in charge.

Looking back, I wish the President and I would have had a chance to have a conversation about what happened.

Maybe some of the negative parts of all this could have been avoided.”

Like Schmieg, I do question the reasoning behind the omission of his column.

I also lament over how the public disproportionately zoomed in on a singular aspect of the story instead of zooming out to pan across the story’s entirety.

But right there is a perfect snippet of the state of our country’s journalism — the fragmented whole that it is right now.

Right there is the perfect motivation for us journalism students to keep charging ahead full-steam in our calling.

I believe it is important to encourage ethical journalistic discourse within any and every institution.

Questions do not necessarily equal defiance or even ill-will.

United States citizens in general love their home country, but does that mean they gush only good things about its government? Assuredly not.

However, Liberty itself may do well to reconsider the purpose of its training for journalism students where excellence and wholeness are concerned.

If we in this budding journalism community cannot be allowed to hone our newsgathering skills, to learn how to ask tough but timely questions, to gather objective information about controversy, to pursue honest reporting instead of “gotcha” nonsense, or even to run a “redundant” column with proper and thorough correspondence between the administration and newspaper staff, then what are we really being trained for? Public relations or journalism? How then are we to truly be “Champions for Christ” in the media?

As a journalist, I absolutely believe in upholding accountability and freedom of information in any community especially academic, and more especially Christian.

It is crucial for that community’s climate, well-being and, in this case, testimony.

The testimony part is of utmost importance for Liberty in particular, being a unique community that proclaims adherence to Christ above all else.

Student reporters can play a very important role in furthering such a mission from within through honorable inquiry.

By the same token, what good is an academic mission of excellence if one hugely-important field in the program lacks for the sake of the school’s public image or political stances?

The ending question then: Are we seeking to uphold and reflect deep-set, consistent, and truly Christ-like standards in each and every pursuit — including that of information?

That question, loaded though it may be, goes for both my school’s administration and my fellow student reporters.

Publisher’s note: If Mr. Schmieg had been employed as a writer by any major newspaper and had complained publicly that his publisher had decided to run another column with redundant content over his column, he would likely have lost his job and would have become unemployable as a journalist for the rest of his career.

Liberty University has indicated that it will advocate for Mr. Schmieg in the future.

He was a victim of his own youth and inexperience that others exploited in the heat of a hotly-contested political campaign.

Liberty University is committed to teaching young journalists to conduct themselves with professionalism in order to succeed and to represent both their profession and Christianity with impunity.

Jarrett is an opinion writer.