It’s about that time 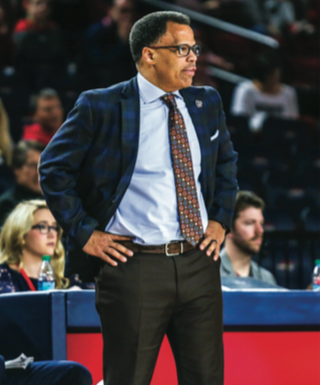 Exactly one week before the season tipped off, the Liberty Flames men’s basketball team concluded its practice on a Thursday afternoon. Dawning red, white and navy pinnies drenched in sweat, the team and its coaching staff gathered at center court inside their practice facility. Coaches and captains alike provided their own thoughts on the past couple of hours of preparation. Finally, with arms raised, junior shooting guard Ryan Kemrite led his team in one last collective chant.

“Brotherhood on three,” Kemrite exclaimed with his fist in the air. 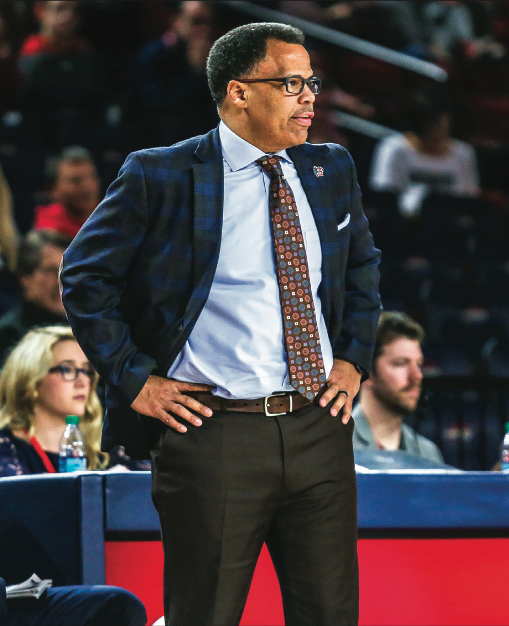 And on the count of three, the voices of more than 30 rang throughout the facility as on one accord. They all shouted, “Brotherhood.”

“(Brotherhood)’s the essence of the school that we represent,” Head Coach Ritchie McKay said. “There’s such a unity, a spirit of excellence on this campus. We just want to be a part of that.”

Despite being a team comprised of seven newcomers (on a 15-man roster), brotherhood is a concept upon which this team stands, and it all started more than 1,900 miles south of campus.

During the summer, the team took an organized trip to Costa Rica. The NCAA allows for one summer overseas trip every four years. McKay elected to take his team this summer, as it could potentially serve as a prime opportunity to build a camaraderie that may not have otherwise existed.

“It made us a brotherhood,” sophomore small forward Caleb Homesley said. “It brought us all together. Not as teammates but as brothers.”

The forward out of North Carolina was not the only Flame who noticed the effects of the time in Costa Rica.

“That trip got us closer together on and off the court,” senior point guard John Dawson said. “We had to depend on each other with just being in another country … and that really improved chemistry.”

Along with building chemistry, the team took to the courts for three exhibition matches, the first of which did not go too well, according to Dawson.

“On the court though … in the first game (against the University of Ottawa) they came out and punched us in the mouth,” Dawson said. “It was kind of like a shock to us. We have to be that team that hits the other first. We have to be the team that throws that first punch. That’s what I took away from Costa Rica.”

The trip not only served as a learning experience and chemistry builder for the Flames, but it also allowed McKay to watch his group perform competitively as a unit. He was pleased to see the improvements of his returning players, but was equally excited to watch the newcomers perform. Dawson also echoed his coach’s praise toward the freshmen and made sure to acknowledge one in particular.

“Xzavier Barmore can ball,” Dawson said. “He’s nice. He can get some things done. He can handle the ball. (He has) great court vision. He can shoot the ball, and he’s really shifty. He’s one guy who really surprised me.”

Along with Barmore, Dawson said how impressed he was with another freshman guard, the Puerto Rico native Georgie Pacheo-Ortiz.

“Georgie is very smart, very poised, very consistent with his motion, his play, his everything,” Dawson said. “That’s what we need — consistency.”

Barmore, Pacheo-Ortiz and three-star small forward out of Arizona Brock Gardner are among the seven athletes who will make their Liberty debut Nov. 11 against Division III opponent Cairn University Highlanders in the Vines Center. McKay voiced that he does not completely enjoy openers. However, what lies after Cairn just might be the Flames toughest obstacle all season.

The Flames second and third games are a home contest against in-state foe VCU and a trip to Big Ten powerhouse Indiana, but Dawson explained that he and his team will be ready for both the Rams and the Hoosiers.

“We expect to win,” Dawson said. “We go in to every game thinking we are going to win. Yeah, we’re Liberty from Lynchburg, Virginia, but we put on our shoes the same way they do, so don’t count us out.”

With less than a week until the Flames take the court, McKay and Dawson claim there is one key area this team needs to show improvement in before the season tips off.

“I’m always going to be aware of our defensive identity, and I want them to capture that,” McKay said.

Homesley went as far to say that the defense is what very well could take this team to the next level, even match up well against the big guns of VCU and Indiana.

“Our defense carries,” Homesley said. “It travels. I think that if we play the kind of defense we’re supposed to play, we can beat anybody.”

Kemrite and his brotherhood will get their first opportunity to test that claim in their season opener against the Highlanders, Nov. 11 at 8:30 p.m. in the Vines Center.

Haywood is the graduate assistant.