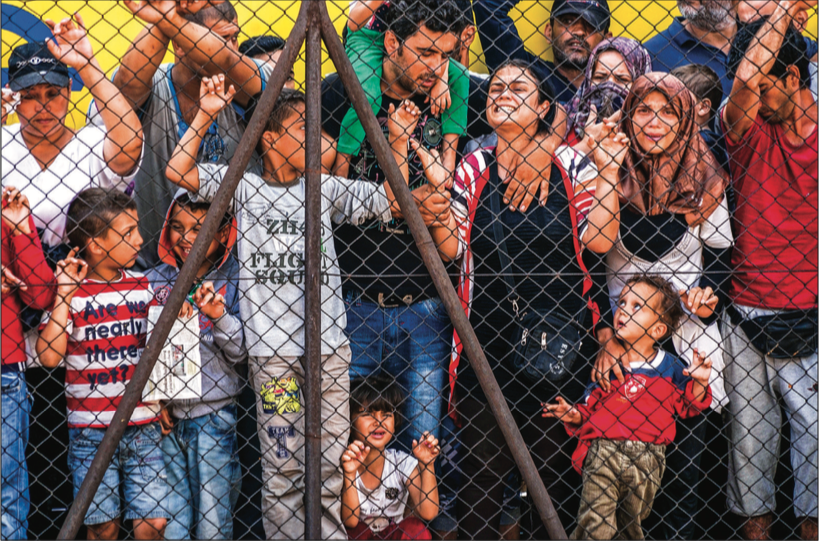 The ongoing crisis in Syria presents a challenge to all.

The crisis in Syria has been happening for more than five years with no hope of an end to the turmoil that has come as a consequence of a horrendous civil war.

Lately, images of children, who are the most innocent victims of all, have surfaced.

They are bloody, crying out to their dead family, lifeless and barely escaping death in the destruction due to bombs destroying their homes.

As I sit in my warm and safe home looking at the unimaginable truths of the present massacres and atrocities happening to what seems a world away, I have to ask: What are we doing as Americans, and more importantly as Christians, to help those who are suffering and dying in Syria? And the answer to that question breaks my heart.

According to the International Business Times, the U.S. and its allies started a task force to strike against ISIS.

Recently, the Russians have been more involved, taking the problem into their own hands.

Their plan to kill those involved with terrorist groups has resulted in the deaths of many
innocent civilians.

The Netflix documentary, “The White Helmets,” shows the few brave individuals known as the White Helmets who stay to help the civilians left in the Syrian cities, with no place to go.

Throughout the documentary, the audience is met with the consequences of war — the sounds of bombs hitting a building, the aftermath, bodies and the injured having to be discovered over cement and rubble.

Instead of working through issues, the U.S. and Russia had come at a stalemate at one point, trying to figure out what to do with Syria, according to CNN.

The talks have since continued.

The U.S. suspects Russia has used its own methods, immoral methods to be exact, in attempting to resolve ongoing conflicts in the Middle East.

The U.S. has not fought hard enough to find solutions.

The unspeakable amount of deaths have risen to thousands of women and children — all innocent.

More countries need to step in aggressively, such as the U.S., who can develop a plan to defeat ISIS without taking the lives of the innocent.

The deaths and suffering have become normal for the people of Syria, while the majority of Americans sit back and watch.

As much as we talk about the atrocities said or done by politicians here in America, it is unbelievable how much we don’t talk about Syria.

As Christians we are to understand that Christ loves every person and every child who have lived through the terrible war in Syria.

It is our job to speak out about the unfairness and evil that goes on.

I encourage you, as an American and as a Christian: speak out about this.

Research and understand just how horrible the situation has become even over the last few weeks.

Step down from your pulpit of self-righteousness, putting aside the bias that comes along with a presidential election, and look into the eyes of the innocent.

There must be more we can do to save more lives and to work at ending the war.

Too many have turned their backs on the situation, but it is time for America to step up.

Hernandez is an opinion writer.

ShareTweet
tagged with refugees, Remember the refugees, Syria presents a challenge to all, The ongoing crisis, We’re not doing enough.