McKenzie is back in the LIC 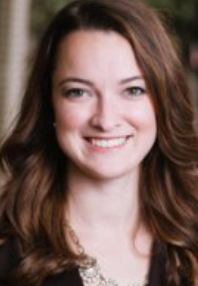 Liberty reporter returns to the rink

Monika McKenzie, news-writer-turned-broadcaster, followed a path laden with unexpected turns to arrive at the position she now prizes.

McKenzie graduated in May with a degree in digital media with a concentration in performance, but her major was not always broadcasting.

She started out in the print journalism program until she noticed something at the hockey games.

“When I came to Liberty in 2012, I wanted to be a print journalist because I loved writing,” McKenzie said.

“It wasn’t until I started going to Liberty hockey games that I noticed all the cameras around the rink and wanted to know what was going on.”

McKenzie also mentioned that broadcasting friend and LFSN worker Kayla Humphries told her that she was getting great experience at LFSN through baseball.

McKenzie wanted a way to get some practical work experience under her belt before entering the job market.

“I got into contact with the producer of LFSN, Matt Byrd, and he told me I could be on board to work next fall,” McKenzie said. “Coming into sophomore year, I signed up for crew emails which ended up getting me to do camera for hockey.”

McKenzie said one of her best memories was learning how to use a camera with now best friend Katie Mintle.

McKenzie mentioned that she and Mintle started out learning camera basics and that is how they became friends.

A year after joining LFSN, the organization lost its main hockey reporter and McKenzie stepped in.

“After our current hockey reporter left my junior year, we had no idea what to do,” McKenzie said. “Since I am the Canadian who must know hockey, they put me into the position.”

Through her junior and senior year at Liberty, McKenzie reported DI Hockey games and became highly respected around the rink.

Her hard work and dedication earned her the respect of coaches and players.

“Monika is extremely passionate about her degree and about hockey,” DI Coach Kirk Handy said. “She is a professional and just has a great knowledge of the game.”

“Monika made us feel like people actually cared about our games and asked us those tough questions that would make us think,” former Liberty DI hockey player Paul Lamoureux said. “She took our sport seriously and knew the game well to follow what was going on.”

McKenzie had finally found a niche that made her happy and that she could do for the rest of her life. 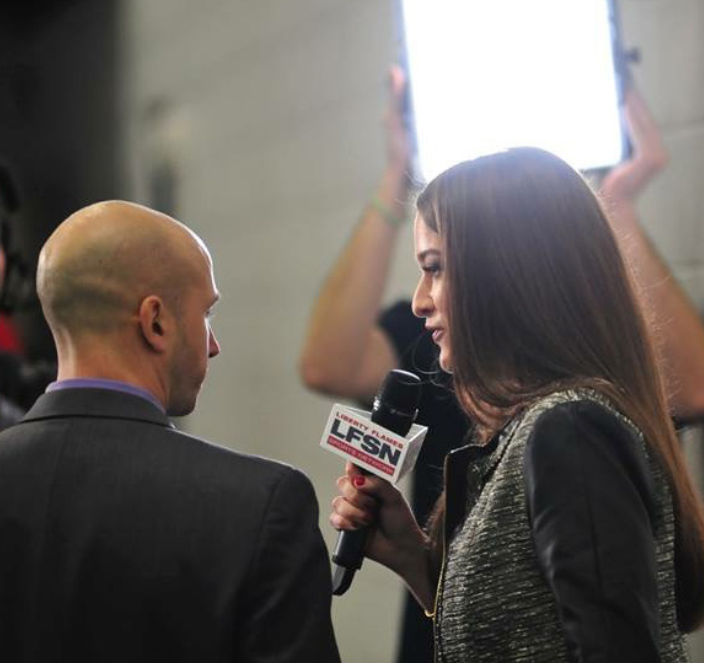 REPORT — McKenzie is in her element. Photo provided.

“In high school, I played soccer and basketball and did all of these things, but I really didn’t excel at one particular thing,” McKenzie said.

“Having someone say you actually have talent and are pretty skilled was nice to hear because that’s what made me want to do it and keep getting better.”

As Monika transitioned into her new broadcasting degree, she said many of her family members were shocked that she chose that path.

“It shocked my parents that I chose to broadcast because I am not that much of an outgoing person,” McKenzie said. “I was the shy kid who really didn’t like talking or being in the spotlight.”

As Monika moved into her degree more, she talked about having an interview with a former NHL player who works for the LA Kings.

In the interview, he told her that she would never be a hockey analyst because she is a woman.

“I made a mental side note to call him when I make it one day,” McKenzie said. “I want the general viewers to turn on their television and not wonder why there’s a woman on screen. I want it to be normal.”

McKenzie shared her advice about what she would tell students interested in broadcasting.

“Tell the stories that people at home want to hear,” McKenzie said. “There are play-by-play and color announcers because they are saying what you see on television and adding to that, but your job as a sideline reporter is to tell those stories people at home wouldn’t think of.”

As McKenzie continues to work for Liberty, she said God put her on this path and if this is as far as she gets, she knows she did what he called her to do.

Robertson is a news reporter.