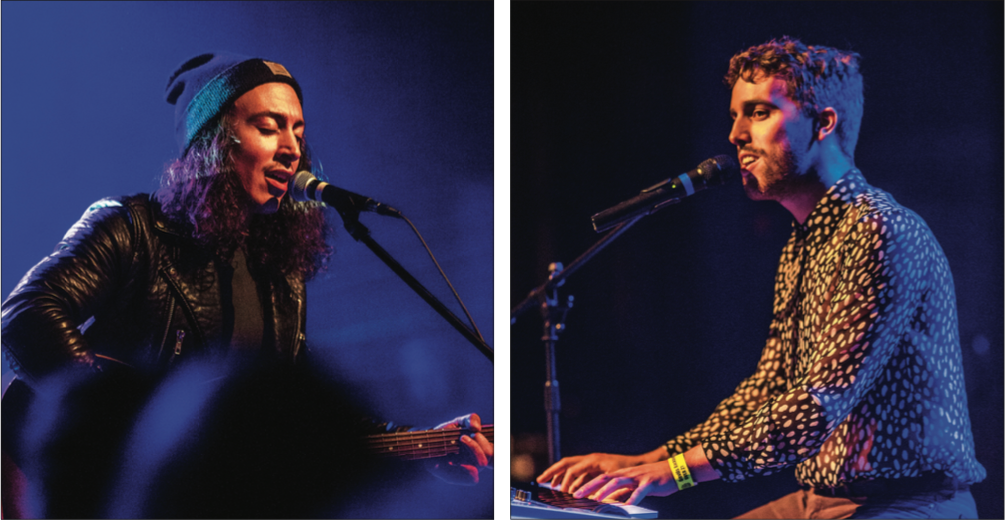 The Lynchstock Music Festival has been delivering music and arts to the city of Lynchburg for several years with concerts in the summer and winter featuring local bands and artists.

For fall 2016, co-founder Jonathan Smalt decided it was time to try something new.

“We did a winter event,” Smalt said.

If you walk around the site right now you’ll see we’ve got pumpkins and corn stalks and bales of hay.”

Lynchstock, in its continuing evolution, made room for Fall Fest — an intimate, indoor concert for Lynchburg music lovers that debuted Oct. 15 at the Academy Center of the Arts in downtown Lynchburg.

According to Smalt, the idea behind Fall Fest was to deliver a more intimate concert set as opposed to last year’s winter event, Lynchburrr, which was primarily a rock concert.

He wanted this Lynchstock to be more of a “listening experience.”

“There’s something about the fall time that lends itself to more intimate listening experiences, so the bill just evolved that way,” Smalt said.

“We (had) two bands that are high energy, but our two headliners Jeff Carl and Noah Gunderson … (played) solo acoustic.”

Smalt wanted the festival to open at an upbeat pace, so he recruited Liberty University-based band Jake Ziegler and the Locals and Joel Kaiser as the opening acts.

The concert would then advance into the main acts, which featured solo acoustic performances by Jeff Carl and Noah Gunderson.

“This is our third Lynchstock event,” Jake Ziegler said. “Our lineup is a little bit smaller than usual, but we’re just gonna be playing the same rock show.”

Lynchstock was founded by Smalt and Gregoire to help promote music in the Lynchburg area.

As time passed, the festival continued to gain momentum until tragedy struck when Gregoire was killed.

“When that happened, my only response was to do what I knew best, and that was to bring together the community which is what (Gregoire) always wanted to do,” Smalt said.

“I let a few weeks pass before I even thought about Lynchstock. … I was at home talking to my parents about it, and it kind of just hit me — ‘If I don’t take this over and keep it going, then it’s not going to grow.’”

The next Fall Fest is already in the works for 2017, but before that, Lynchstock will be returning with its usual spring festival — an event which, according to Smalt, will go in an exciting new direction.

“We have some really big surprises coming for 2017 that we haven’t really shared with anyone yet.”

Fraticelli is a feature reporter.