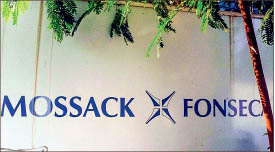 Pervasive, poignant, and devastatingly problematic, the saga of the largest data leak in history, dubbed the Panama Papers, has bombarded news outlets since surfacing Sunday, April 3.

The political and societal repercussions of this scandal are sure to continue, considering the almost immediate resignation of Iceland’s Prime Minister Sigmundur Gunnlaugsson shortly after he walked out of a taped interview in which he was questioned about his finances, according to The Huffington Post.

The Panama Papers do more than convict the people and companies they contain. It is an incredible testament to the disparity and distrust between the super-rich and everybody else. It is the living proof of the taxpaying middle-classman’s conspiracy theories.

“The leaked data covers nearly 40 years, from 1977 through 2015 and provides a day-to-day, decade-by-decade look at how dark money flows through the global financial system, breeding crime and stripping national treasuries of tax revenues,” the ICIJ said on its website.

The report covers 214,488 offshore entities connected with people in more than 200 countries, according to the Los Angeles Times. According to Time Magazine, these entities include “at least 33 individuals or companies that have been sanctioned by the U.S. Treasury Department — including several from ‘rogue states’ like North Korea.”

Clearly, Mossack Fonseca is no small firm and is in fact the world’s fourth biggest provider of offshore services and has acted for more than 300,000 companies, according to The Guardian.

What is most interesting about this leak is not just its magnitude, but also its potential legality.

Offshore accounts and shell companies are legally opened by plenty of non-millionaires who might use them to simplify transactions with relatives overseas or to keep money in places where they travel often — or for less pleasant reasons, like to hide money from a soon-to-be ex-spouse.

However, these accounts are typically associated with shady business.

“Our industry is not particularly well understood by the public, and unfortunately this series of articles will only serve to deepen that confusion,” Mossack Fonseca stated in an official public statement responding to the release of the documents. “The facts are these: while we may have been the victim of a data breach, nothing we have seen in this illegally obtained cache of documents suggests we have done anything illegal, and that is very much in keeping with the global reputation we have built over the past 40 years of doing business the right way, right here in Panama.”

The statement asserted that the firm still wishes to continue to serve its clients and its community. Whether or not this will be possible is certainly to be determined.

One of the biggest consequences of the leak is the massive blow to secrecy, which is the biggest selling point of offshore tax havens.

“The offshore world really only has one product and that is secrecy and when you take away that product they don’t have anything for sale,” Gerard Ryle, the director of ICIJ, said to CNN.

The Panama Papers will simultaneously bring truth, justice, and added accountability for millionaires and billionaires seeking to keep their family money safe.

This unearthing will hopefully reform the way that powerful individuals and companies are held accountable to the taxes they should be paying, however horribly steep.

Just imagine how these phenomenal amounts of money buried away overseas could affect national taxation or even our national debt. Crime and punishment are not something to celebrate as much as truth and resolution.

The Panama Papers should give lawmakers new inspiration to pursue financial transparency as a top priority, rather than allowing the wealthy elite to continue to beat the system at the expense of the honest taxpayer.

Rozenblum is an opinion writer.