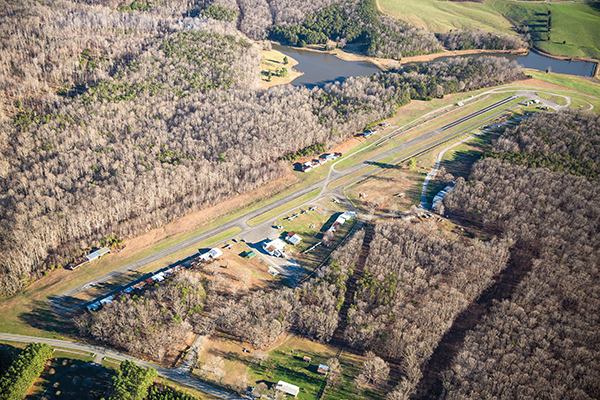 Editor’s note: The previous version of this story mistakenly stated that the New London airport would be the headquarters of Liberty’s Flight Training Affiliate (FTA) program.

Liberty University purchased a nearby airport for $1.8 million to use as a location for further developing its School of Aeronautics.

The purchase of the New London Airport, which is operated in Bedford County 10 miles away from Liberty’s campus, was officially closed December 21 after negotiations took place between Liberty and former New London owner Kevin Murray.

“We are extremely pleased with the warm reception we have received from the 50 plus pilots at the New London Airport,” Dave Young, Liberty’s assistant provost for aeronautics education, said. “We see this as an opportunity to further develop, grow and create a university level aviation program that will be unique and not rivaled anywhere.”

New London is a 133-acre, public-use airport and is therefore open to general aviation flights. Last year, the airport handled approximately 10,000 flight operations, something Young said he hopes to maintain through Liberty’s ownership in the future.

The status of the airport is not finalized. The school of aeronautics is working with the Virginia Department of Aviation to determine if New London will remain a public-use airport in the long-term. Young said he is confident the airport’s public-use status will prove to support the school’s FTA program held at New London.

The school of aeronautics’ FTA program aims at utilizing airports across the country to become flight training affiliates, wherein students can take online classes to work toward their degree in aviation and receive hands-on pilot training at the FTA-participating airport closest to them.

Alongside the airport, New London also operates a dragstrip within its location where over 150 drag racers have competed within the last year in 18 different events. Kelley Powell, owner of the New London Dragstrip, said he hopes to establish a strong relationship with Liberty in the future.

“Neither [New London Dragway nor Liberty] is really familiar with each other yet,” Powell said. “Liberty does not know what our needs at the dragstrip are, and I do not know what Liberty expects out of us, but everything so far has been fine between us.”

The New London Dragstrip has been guaranteed its 2016 season, which is scheduled to begin in late March. In the years to come, Young said it is questionable over whether or not the dragstrip, built two years before the airport in 1958, will be able to operate within Liberty’s master-plan for New London.

“Although no decision has been made, I can see where drag racing may be incompatible with our plans for the school of aeronautics and to expand the general aviation component of the airport,” Young said.

Powell said he is concerned with the longevity of the dragstrip, though he is trying to focus solely on the upcoming season.

Concerning the upcoming plans for New London, Murray said he is excited to see the location become a flight school. He said his top priority in selecting a buyer was to choose one that would best continue the operations of New London while also being able to improve the facility.

“Liberty really sold us when they said they wanted to keep the airport operating as it currently is,” Murray said. “A lot of good land is being turned into housing developments, so we were very happy when Liberty told us they have the same desires for the airport that we had in mind for its future.”

As far as improvements to the airport, Liberty plans on making changes to the infrastructure of the airport, including the runway, taxiway, ramp and other facilities that are too old and no longer meet the standards of a modern airport.

According to Young, the purchase of New London allows the school of aeronautics more freedom in expanding their operations than working with the Lynchburg Regional Airport, where the school has operated in the past. Students will now have a better opportunity to gain experience in airport management and providing service to general aviation customers.

The school of aeronautics said it has recently begun to use New London for practice approaches, takeoffs and landings, and looks to increase the level of operations over time. Plans to incorporate engineering and business students into the operation of the airport are being discussed, though none have yet taken shape.