Open a bottle of happiness 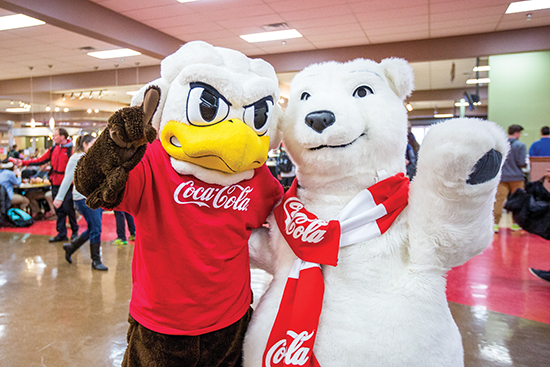 Over winter break, Liberty’s campus made the anticipated transition from Pepsi products to Coke products to ring in the new semester and begin the university’s new contract with Coke. 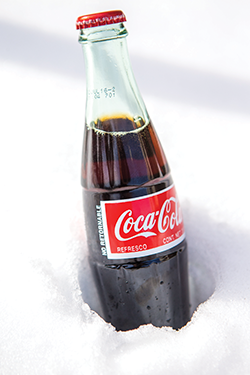 “It took a lot of coordination because it is one thing to just have one vendor have to do what they need to do, but before Coke could start (moving on), Pepsi had to get all their stuff out,” Cambeletta said.

Cambeletta said that Pepsi started moving their equipment off in December, meaning they had to work around Winterfest, an annual New Year’s event at Liberty. After all the Pepsi soda and equipment was moved off campus, Coke began coming on campus the day their contract with Liberty started, which was Jan 4.

Cambeletta said even though there was a lot to do, the transition was very smooth.

“It was seamless,” Cambeletta said. “We just really praise the Coke team for how seamless they made this. I was nervous. … You’re talking about 100 vending machines (and a lot of) fountain machines that needed to be changed out. Plus, every single line that runs through the ceilings and underground that pumps the product from one place to another all had to be replaced. It was massive, but (Coke) did a phenomenal job.”

Coke not only did a great job transitioning their product onto campus, but they also wanted to connect with the students they now serve, according to Cambeletta.

“Coke really wanted to step up their presence on campus and make sure that when students got here, they knew without a doubt that something had drastically changed from a beverage standpoint,” Cambeletta said.

On the evening of Jan. 13, students were welcomed back to campus with an aluminum bottle of coke that was placed in their dorm room.

Activities were also set up outside the Vines Center where students received free Coke, Diet Coke and Coke Zero. Cambeletta said Coke hired a violinist to preform alongside the Coke Bear and Sparky at the Reber-Thomas Dining Hall on Jan 20. There was also a Sprite basketball hoop set up outside the LaHaye Student Center where students could attempt to shoot a basket and win a prize.

Cambeletta said even though this was a very big change, there has been an overwhelmingly positive response from students, faculty and staff.

“We have got a ton of positive reactions from students,” Cambeletta said. “The only negative reaction we have gotten from students (is from the) Mountain Dew lovers that have lost their Mountain Dew, but with all the Freestyle Machines we put on campus … I think that they will pretty easily settle into a favorite beverage.”

After a student vote Sept. 23 when 2,985 students voted for Coke and 2,713 students voted for Pepsi to be their beverage provider, Cembeletta said having Coke on campus was going to be another way to get students excited about new dining choices.

“One of our goals with dining is every time the students come back from a long break … (we) have something new for them on campus,” Cambeletta said. “For this break is was Coke. It was making sure that the students were going to be excited about something new.”