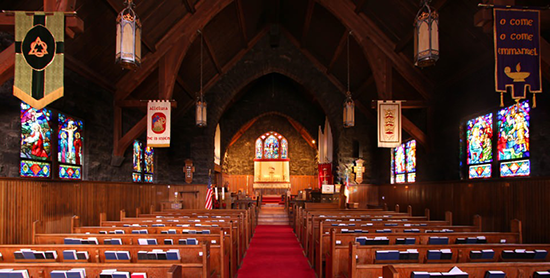 Barred — The Episcopal Church is out of the Anglican Communion for three years. Google Images

Anglican Communion sets example for dealing with division inside of Church

Within days of the Supreme Court’s legalization of gay marriage nationwide, the Episcopal Church moved to allow gay marriage within its denomination.

As various denominations continue to adopt cultural opinions rather than Biblical truth, Christians ought to be wary of where they choose to worship on Sunday. The Episcopal Church has mistaken love of one another for acceptance of one’s actions.

According to the Episcopal Church’s website, “homosexual persons are children of God who have a full and equal claim with all other persons upon the love, acceptance, and pastoral concern and care of the Church.”

Christians are commanded to love, however it is with that love that believers confront fellow believers who may not be abiding by God’s law. Homosexuals have every right to become Christians, however upon conversion they must recognize that the Bible condemns homosexual acts.

Romans 1:26-27 states, “For this reason God gave them up to dishonorable passions. For their women exchanged natural relations for those that are contrary to nature; and the men likewise gave up natural relations with women and were consumed with passion for one another, men committing shameless acts with men and receiving in themselves the due penalty for their error” (ESV).

The Scriptures make it clear that homosexuality is not to be tolerated. This does not mean that members of the LGBTQ community cannot be welcomed into the Church with love. After all, everyone has sinned yet can come to Church and receive Christ into his or her heart.

However, the Church should never endorse homosexual practices such as gay marriage. Doing so is a direct violation
of God’s law.

The Anglican Church has set an example of how church denominations are to be dealt with when they directly violate the Bible.

According to the Anglican leadership, “the Episcopal Church is required, for the next three years, to withdraw from ecumenical and interfaith talks where it represents the Communion, members cannot be elected to the Communion’s standing committee…(and) will not take part in decision making on any issues pertaining to doctrine or polity.”

By taking these precautions, Church leadership has set a precedent for how to address division within the Church.
The actions taken by the Anglican Church set an example for all denominations that may find themselves fighting similar battles. In a time where cultural acceptance seems to take precedence over biblical truth, all churches must be aware and ready to keep one another accountable.