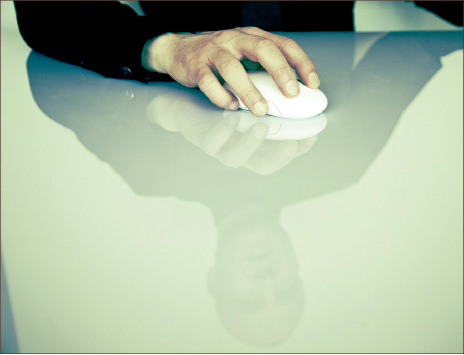 Usually when we look at clothing advertisements, we see a model who is tall, skinny and, frankly, flawless in appearance. But when was the last time you looked at an advertisement and saw models with tattoos, beauty marks or even stretch marks?

Aerie, a sister company of the very popular brand American Eagle Outfitters, has decided it is time to make a change. Aerie’s models are no longer being retouched with photo-editing software, but instead are showcasing their natural beauty.

The campaign, also known as Aerie Real, has been going on since the launch of the spring 2014 line.

Looking at the untouched advertisements, I can immediately see differences. These girls do not have perfect stomachs. Most of them have stretch marks or even a little, dare I say, muffin top. Looking at these images, I realized that the problem is much worse than I first imagined.

So is advertising changing the standard of beauty? Are people starting to strive after looking like the models in advertisements, which, in most cases, are not portrayed accurately?

“Companies are showcasing their own vision of perfection, and many consumers strive to be like the models in the ads,” Chelsea Bevins, a Studio and Digital Arts professor at Liberty, said. “Society places high importance on physical appearance, which drives people to think about it. Women begin to look at features to define whether they are beautiful or not.”

With such a high emphasis on physical appearance, should the standards not at least be realistic? Well, apparently not. Should not the clothes we buy be worn on models that are actually people, not just images that are plastered on a huge billboard?

Companies that use Photoshop in their advertisements are lying to us. I want to know what the clothes I am buying will look like on a human, not an altered image of model.

Bravo to Aerie for accepting the authentic standards of beauty and for not being afraid of what their clothes look like on actual people.

So why is it so popular for advertisers to use Photoshop? Put simply, it is all about the bottom line. Companies use photo-editing software to create an appealing — but unreachable — image, in hopes of bolstering sales.

“It is very easy to alter an image in Photoshop,” Bevins said. “You can stretch anything, add highlights to hair, shave off pounds and retouch freckles, blemishes and scars. I have seen countless photos in the field of advertising that have been retouched. Almost every photo that you see has probably been retouched in some sort of way.”

Aerie must have realized that its audience should not have to deal with this type of absurdity any longer and that making this change was a good move, both from a moral standpoint and a business standpoint.

“Using unaltered images shows that Aerie knows who their costumers are,” Bevins said. “Their target market is 15 to 21 year olds whose confidence often comes from beauty seen in the media. Aerie is embracing beauty and reflecting the general population. It is a smart move for Aerie, because (its marketing team) is setting a standard in the modeling industry that (Aerie models) are just regular and real people too and that beauty is more than a size.”

One issue that I have had in the past with brands like Aerie is the tendency to sexualize sleepwear advertisements. Aerie, however, understands its market is mostly girls ages 15 to 21. Its advertisements are fun, making girls look happy and comfortable instead of sexy and promiscuous. Obviously Aerie has to show its product on models but does it in a way that is age appropriate for their market.

So, where should we stand as Christians on this subject? I believe that every day women get distracted and swayed from their true identity in Christ by looking at these advertisements. We know that God has created each person individually just the way he wanted, but sometimes it is so hard to feel that confidence when we see these images.

“(The down side to retouching models is that) they are not showing their real beauty that God created,” Bevins said. “Advertising can be vicious, and it is important to seek God in whatever we do.”

FOLEY is a news reporter.