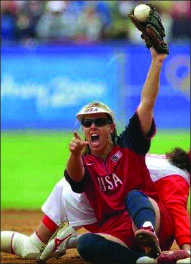 In an era where the sports world seems to be marred by scandal, it is becoming increasingly difficult to find honorable role models in the field. While there are still athletes like NBA guard Jeremy Lin and MLB player Albert Pujols who are outspoken Christians and good role models, shame seems to be a pervasive theme in sports today. While I will readily admit, as an aspiring journalist, that the media appears to be more interested in stories of scandal, it is true nonetheless that there seems to have been a marked increase in negative sports stories in recent years.

If asked, most dedicated sports fans could easily name athletes who have fallen from their position of recognition so quickly to one of disgrace. Take the Aaron Hernandez case, for example. The former New England Patriot seemed to be one of the star tight ends in the NFL, but that was before he was indicted on murder and gun-related charges.

MLB star Alex Rodriguez is facing a suspension of more than a year for his association with performance-enhancing drugs. Lance Armstrong’s once-great career has been tarnished by his mistakes with drugs as well. And, despite the fact that it was a few years ago, many will remember Tiger Woods for his extramarital affairs rather than his golf prowess.

It is a sad reality that sports, an entity that I believe should bring people together, is recognized as a place where good reputations can so easily die.

Although it may be harder to find those honorable role models in sports today, I encourage fans not to give up on the people in the uniforms they love.

Despite the current condition of sports, there are many players and coaches who can be admired as positive role models. As a recognizable pastime and means of entertainment in America, sports provide a platform for athletes and coaches to glorify God and stand up for the positive values in culture. While Tim Tebow may not take the field as an NFL quarterback this season, he is still a solid Christian who, despite the circumstances, leads a life above reproach and can be looked to as a role model in sports. Tony Dungy, former Indianapolis Colts head coach and current NFL analyst, is also an honorable figure. In addition to these two, there are others in the world of sports who may not be household names today, but who can be counted on to provide a good example, such as Dot Richardson, the new head softball coach at Liberty University.

Richardson, a decorated softball player, represented Team USA the first time softball was a part of the Olympic Games in 1996 and once again in 2000, bringing home two gold medals. In addition to her accomplishments in softball, Richardson is a licensed orthopedic surgeon.

Though I could spout off many more of Richardson’s accomplishments, it is not her accolades that make Richardson a positive role model. Instead, it is the humility she displays. By the world’s standards, Richardson has every reason to boast. However, even as she stood on the gold medal podium in 1996 on the biggest international stage for athletics, Richardson did not exude pride in her accomplishments.

“The only way I can explain it is I felt this overwhelming sense of humility that we were chosen,” Richardson said. “We were the chosen 15 to represent all who’d ever dreamt of it, all who were deserving before us but never given the opportunity.”

So while it may take a little more digging to find role models in the world of sports, they are definitely out there. I encourage sports fans to do more than just think of the games as entertainment. Push past the increasing amount of stories about fallen stars and look for those athletes and coaches who lead lives that are above reproach and who can be looked to as good role models.