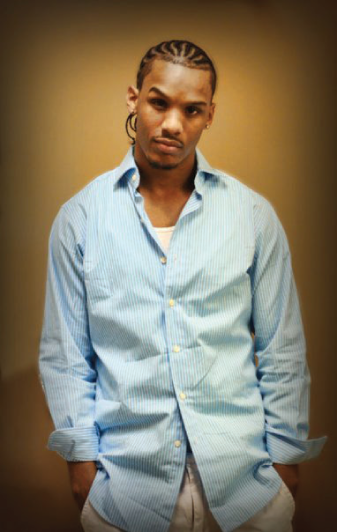 “Since I was a kid, it has been a part of me,” Edwards said. “Whenever the radio came on, my family would hand me a microphone and have me sing in front of the radio.” THE BEST PART OF WAKING UP-Dorrell Edwards is one of 10-semi finalists for the new Foldgers Coffee jingle.

By the time he was in elementary school, he was singing in every play and musical his mom would allow.

As he got older, he started focusing on basketball. Then when he was a freshman at Liberty University, he met a Christian rap group called “The Representatives.” They inspired Edwards to pursue his musical passion again.

“I used to practice and practice until my music became as good as the radio,” Edwards said. “My goal was always to be able to change lives through the message of music.”

This spring, Edwards has the opportunity to step toward that goal.

Edwards, a 2009 graduate of Liberty University, is one of 10 semi-finalists for Folgers’ Jingle Contest.

His video will be posted on Folgers’ website until April 25 when the voting polls close.

Whether or not Edwards moves on to the next round is determined by the amount of online votes he gets and the judges’ decisions.

If he is one of the five finalists, he will fly to New York to compete for a $25,000 prize and the chance to appear in a Folgers coffee commercial.

“I feel like we still have a long way to go,” Edwards said. “I’m just ready to move on to the next round.”

According to Edwards, at his job he uses all the skills he learned as a graphic design major at Liberty.

“Everything my teachers taught me I’m doing now,” Edwards said.

“I think it’s made me get more serious about music presentation,” Edwards said. “I’m excelling in a new market. And I’m just taking it and running with it. I’m trying to build it into a brand of music.”

Edwards recorded the jingle that made him a finalist in 15 minutes during a recording session with the Christian group “I Am Raise Up.”

“It was crazy how everything went down, but when you’re in the music mode anything’s possible,” Edwards said of the recording session.

Although Edwards is excited for his prospective future, he refuses to lose perspective.

“I just thank God for the opportunity, and I pray he keeps me humble and effective in my craft and in my field of ministry,” Edwards said.