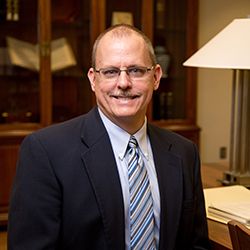 20th U.S. Diplomatic and Military History with a focus on World War I, World War II, and the Cold War

I am currently researching the experiences of an American World War II bomber pilot who flew B-24 missions with the 15th Air Force out of Italy.  He flew twenty-eight missions before he turned 20.

Research experience and how research mentorship played a role:

I began researching as an undergraduate student many years ago and found I had a passion for historical inquiry.  I still remember exploring the historical claims for the Falkland Islands and how exciting it was to look at sources that few had seen before.

As I began graduate school, I wrote a master’s thesis on Dwight Eisenhower’s National Security Decision-Making Process.  I had read a book on the U-2 spy plane the summer before starting my graduate work and it inspired me to look at the origins of the espionage program.  When I arrived to my master’s program, I had a professor take me under his wing.  He challenged me in my own research and allowed me to critique his.  He treated me with respect and empowered me to pursue my interests.

I found working on my Ph.D. at the University of Virginia even more challenging.  I went from being the proverbial “big fish in a small pond” to feeling like a very small fish.  My love for research never waned, but I struggled facing academic challenges I had not anticipated.  Ultimately, a faculty member stepped forward and helped me through my classes.  He encouraged me to play to my strengths and even suggested I build on my study of Dwight Eisenhower.  Under his guidance, I was able to complete my dissertation on the Gaither Committee and Dwight Eisenhower’s national security policies.  Eventually, this became my first book.

Interestingly, my research took a turn after I was hired as an assistant professor at Texas Tech University.  I was hired to teach both military and diplomatic history classes and began to research more military history topics.  I was blessed by a student at one point when she offered me a collection of letters one of her relatives wrote in World War I.  He was an American soldier and wrote over 100 letters to his fiancé over the course of the war.  I realized after reading the letters that they offered a wonderful opportunity to introduce students and readers to the American experience in that war.  I did extensive research and placed the letters in a broader historical context.  The resulting book has helped introduce readers to the American soldier’s experience in the war.

When I came to teach at Liberty in 2004, I was working on two new book projects.  I was under contract to edit a memoir of a World War II bomber pilot and write a history of the John F. Kenney presidency.  Both projects took me in new research directions as they involved topics I had not studied much in the past.  I learned to evaluate a historical figure who I had previously disliked, John F. Kennedy, from a more balanced perspective.  Editing the memoir, in fact, has opened opportunities I never anticipated.  Working on the memoir, under the careful guidance of a publisher, helped me realize I had skills at editing historical works.

Since the publication of my book on John F. Kenney, I have primarily worked on editing projects.  I edited the memoir of a naval ensign who served in the U.S. Navy’s Supply Corps in the Philippines from October 1941 to April 1942.  He experienced the Japanese attack on the Philippines and was one of the last Americans to escape the islands before the Japanese victory.  I am currently editing the memoir of another B-24 bomber pilot.  He is currently 92 years old and has been a joy to work with.  He has taught me more about the air war in World War II than I could have ever imagined.

What impact will this research have in your field?

The impact of research is hard to truly evaluate, but I have been very pleased with how my books have been received.  My first book advanced how historians understand Dwight Eisenhower’s decision-making process and is still in print after almost 20 years.  I wrote and edited my more recent books for a different audience.  While I wanted to advance the historical understanding of different issues, my focus was primarily only making history relatable to students and the general population.  My readers have responded very favorably.

The current memoir I am editing will improve our understanding of the experiences of an American bomber pilot who flew with the 15th Air Force.  While there are other memoirs out there, they mainly focus on the 8th Air Force, which flew its missions out of Great Britain.  The 15th Air Force has been less studied and is often overlooked.  While this is important, my main desire is to help spread the story of one American teenager who served his country without hesitation.  If my work can inspire one student to study American military personnel in history, then I feel I have advanced my field.

This is simple.  I love seeing the excitement in their faces after they research a topic and discover information they did not know previously.

How do you work together as a team to accomplish the research agenda?

Historical research is a decidedly individual pursuit.  Historians read books carefully, work in sometimes dusty archives, and spend countless hours staring at individual documents.  They have to be independent and self-motivated; however, they cannot do it alone.  I know that sounds strange but in all their individual pursuits, historians have to rely on others.  They have to read the works of other scholars to gain an understanding of the topic; they rely on archivists to steer them in the right direction; they use peers to evaluate ideas and gain feedback; and they depend on editors to correct their work.

History professors and students have a similar relationship in many ways.  The students have to identify topics and perform research; however, they need to rely on their professor for guidance, directions, and the encouraging word. 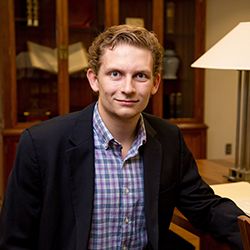 I am currently conducting research on the “Burr Conspiracy,” where Aaron Burr, America’s third Vice President was accused by Thomas Jefferson of attempting to separate the United States’ western territories using military force to form his own country.

In the Fall 2016 semester, I took HIST 300, Historical Methodology, with Dr. Snead. In HIST 300, I learned how to conduct historical research by using primary and secondary sources. The final project for this course required writing a twelve-page research paper on the Beale Treasure, a trove which was allegedly buried in Bedford County, Virginia, in the early 1820s. In researching this topic, I traveled to the Bedford City/County Museum and gained experience conducting archival research. While at the archives, I obtained photocopies of primary source documents from the early 1800s which I utilized in writing my research paper.

After this experience, Dr. Snead suggested I apply for the inaugural Provost’s Award for Research Excellence (P.A.R.E.). In applying for the PARE Award, which eventually funded my research endeavors regarding the Burr Conspiracy during Summer 2017, Dr. Snead helped me determine what sites I would need to visit throughout Virginia and Washington, D.C., to obtain documents relevant to my topic. After winning the PARE Award, I traveled to the Library of Congress in D.C., the Library of Virginia in Richmond, and the Albert and Shirley Small Special Collections Library at the University of Virginia in Charlottesville to collect copies of the documents.

Upon finding the documents, I returned home and utilized them in writing a research paper on the Burr Conspiracy. Once the first few drafts of my paper were complete, Dr. Snead edited it and provided feedback so that the finished product would be more refined. Under his supervision, I am currently refining my paper so that I can present it at the Phi Alpha Theta Biennial, a national conference for historians which will be held in New Orleans, Louisiana, in January 2018.

Since eighth grade, I have wanted to be a trial attorney so I have been planning on going to law school for seven years. Both in law school and as an attorney, a lot of my time will be spent conducting research on a given legal scenario, analyzing the results of my research, and writing my findings in a clear, concise manner. As such, the experience working on the Burr project, which dealt extensively with a trial which took place in 1807, has helped to prepare me for the rigors of legal research.

What is the most exciting and/or rewarding aspect of your undergraduate research experience?

My favorite part about conducting research is being able to share my findings with others! I love telling people about the results of my research so that others will be able to learn new things. With the Burr project specifically, I have enjoyed being able to shed light on an often forgotten politician who was intricately involved in the early years of our nation’s history.

Do it! Even if you are on the fence about getting involved in research, just give it a try. Find a subject you are passionate about and develop relationships with faculty who will mentor you and push you to your full potential. If anyone had told me when I was entering as a freshman two years ago that I would conduct research in the Library of Congress, I would have had a hard time believing it; but that happened in my own life and it could in yours too! You never know what doors God can open if you are simply willing to say “yes.”