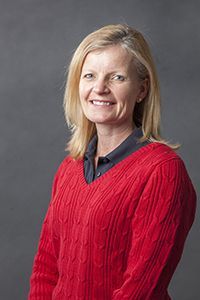 Suzanne Flaig has been involved with collegiate riding for over 20 years.  First, as a student at Miami University of Ohio riding for their IHSA Team, she competed in multiple disciplines and earned an individual National Championship in Equitation in in 1991.  After graduating in 1993 with a Bachelor of Arts, she began her collegiate coaching career at Pennsylvania State University.  She eventually came her back to her alma mater as an Assistant Hunt Seat Coach and then on to Oklahoma State University where she coached for thirteen years.  During her time at Oklahoma State, she experienced the structure of both the Intercollegiate Horse Show Association as well as the emergence of varsity programs and the National Collegiate Equestrian Association of today.  She has served on multiple committees within the NCEA and USHJA. 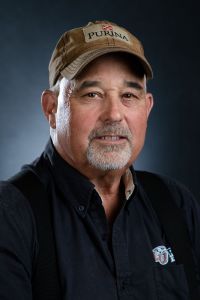 John is a well-known and highly respected lifetime horseman in central Virginia. Prior to becoming the Liberty Farm Manager, John worked in the collegiate equestrian programs at Sweet Briar College and Randolph College.  John has his own Turkey Ridge Farm in Amherst, where he trains and shows Tennessee Walking Horses. His horse “JFK Political Strategy” was the 2016 Horse of the Year for the Walking Horse Association. 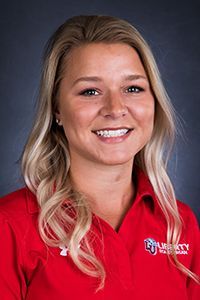 Madeline is a 2018 graduate of The University of Tennessee at Martin. During her time at Martin she competed on the NCEA Division 1 Equestrian Team, earning All-Conference in reining in 2016 and 2018, as well as honorable mention All-American in 2018. Serving as the Western Team Captain she led the Western squad to their first National Championship appearance in two years. In her collegiate career she tallied up multiple Most Valuable Player Awards in both the horsemanship and reining disciplines.

Madeline is now serving as the Western Coach, and lives in Lynchburg, Virginia with her husband Carson. 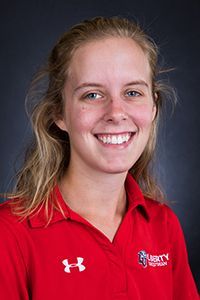 Kimi Counts is a 2016 graduate of University of Mary Washington, where she was a Team Captain and two time Regional High Point Rider. She qualified for IHSA Nationals twice, and was 10th in the USEF Cacchione Cup in 2015. Kimi is a Lynchburg native and moved back to town after graduation.  Her responsibilities include assisting with the hunter equestrian team, schooling hunter horses, and supervising student barn worker crews.