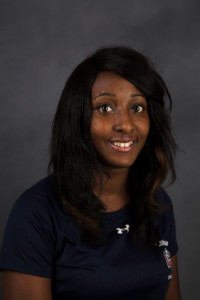 Tykeyah started on the taekwondo team during her first year at Liberty and became a National Champion. Her second year she had unfortunately been disqualified for KOing her opponent which was against the junior safety rules at the time, but it motivated her for the following season. During her third year she had placed second at Nationals and this year hopes to obtain a second championship. Tykeyah is also majoring in Kinesiology and after her time at Liberty she will be applying to Occupational Therapy school in preparation for her career. She will also continue her taekwondo journey in the hopes of making a USA National team.