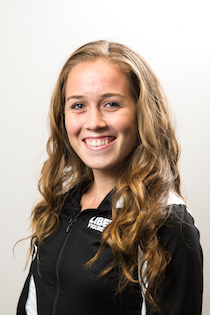 Sibylle Harter is originally from Tampa, Florida. Her and her family moved to Lynchburg, VA when she was four years old and they've lived in Lynchburg for 14 years now. She began skating around age 10 when the LaHaye Ice Center opened and has been skating ever since. She competed in ISI competitions when she was younger and then took a long break from competing to run track and cross country in high school. Skating has always been a huge passion of hers, and became even more so when she got the opportunity to skate for Liberty. Sibylle is currently studying to become a nurse.