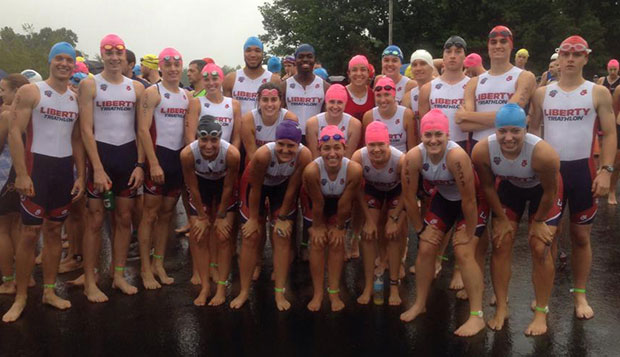 The ultra distance event started with a 1,000-yard pool swim, continued with a 12-mile stationary cycling stage, and concluded with a four-mile treadmill run. Anderson ranked first in all three phases — completing the swim in 11:50, the cycling in 17:20, and the run in 20:53.

Liberty featured 10 of the top 12 finishers out of a field of 29 competitors.

Liberty will next compete in a second Y Tri Challenge, set for March 8 at the Downtown Lynchburg YMCA.