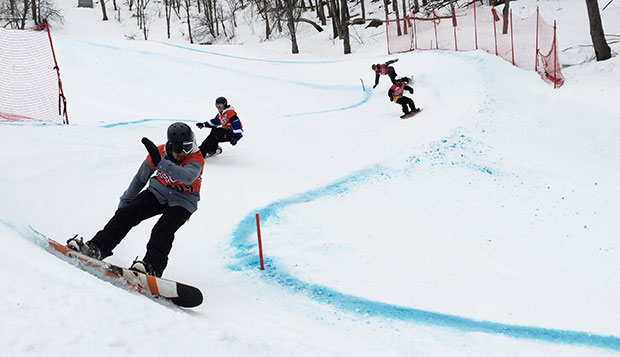 "We had a good weekend," Leeds said. "We normally do not compete in boardercross, so to place as well as we did is a huge accomplishment for us."

Liberty was even more impressive in Saturday's slopestyle competition at nearby Beech Mountain Resort, with the men sweeping the top six places, led by Gibson (103 points), Hoff (96), and McHugh (91, including a competition-best first-run score of 73). Freshman Bryan Ducharme (89), senior Chris Holt (72), and freshman Austin Santos (54) rounded out the top six positions in a field of 38 snowboarders.

For the Lady Flames, Fronte, Beatty, and senior Brooke Gibson captured first, second, and fourth place, respectively, out of 10 riders as both Liberty's men and women finished first in the team standings and are ranked first in the United States Collegiate Ski and Snowboard Association (USCSA) Southeast Region in freestyle snowboard.

Complete results from the boardercross and slopestyle competitions are available online.

This Sunday, Liberty will return to Beech Mountain for another boardercross race in preparation for the Feb. 20 USCSA Southeast Regional competition at Wintergreen Resort.

Those who compete at the regional event will be eligible to travel to Mt. Bachelor in Bend, Ore., for the USCSA Nationals, set for March 1-7. 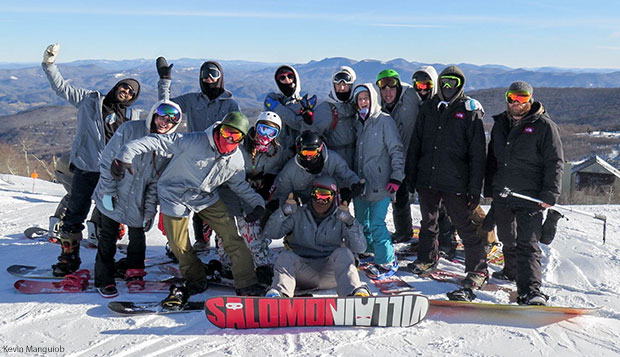