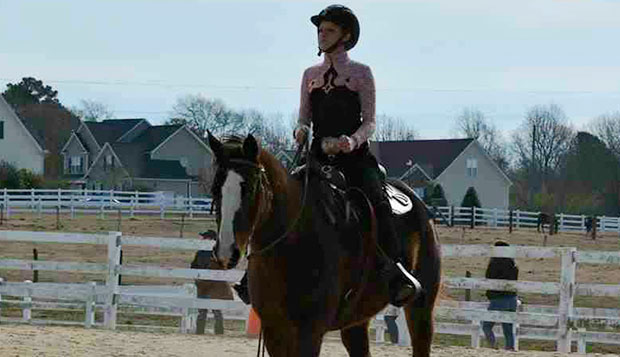 Meanwhile, Novice rider Kari Hicks, a freshman, placed first on Saturday and fourth on Sunday to move to within three points of qualifying for the IHSA Regional championships for Western riders, set for March 1 in Chatham, Va.

Liberty also had a few men's riders place well in the Western shows, with juniors Micah Armbrust and Andrew Start both finishing second in Beginners on Saturday and third on Sunday and sophomore Graham Young placing fourth in that category on both days.