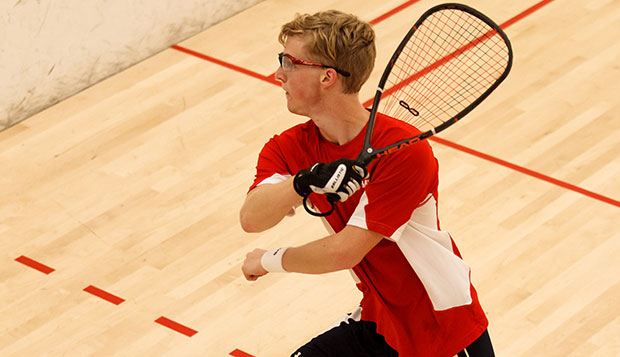 Liberty junior team captain Eric Piering winds up for a backhand during Saturday's match play at The Sports Racket.

The 17 participants from Liberty University's racquetball team reaped eight first-place finishes in various singles and doubles divisions in the fourth and final Mid-Atlantic Collegiate Racquetball Conference tournament, hosted by the Flames this past Friday through Sunday at The Sports Racket.

Results from the four events, which have yet to be finalized, will determine the MACRC regular-season individual and team champions.