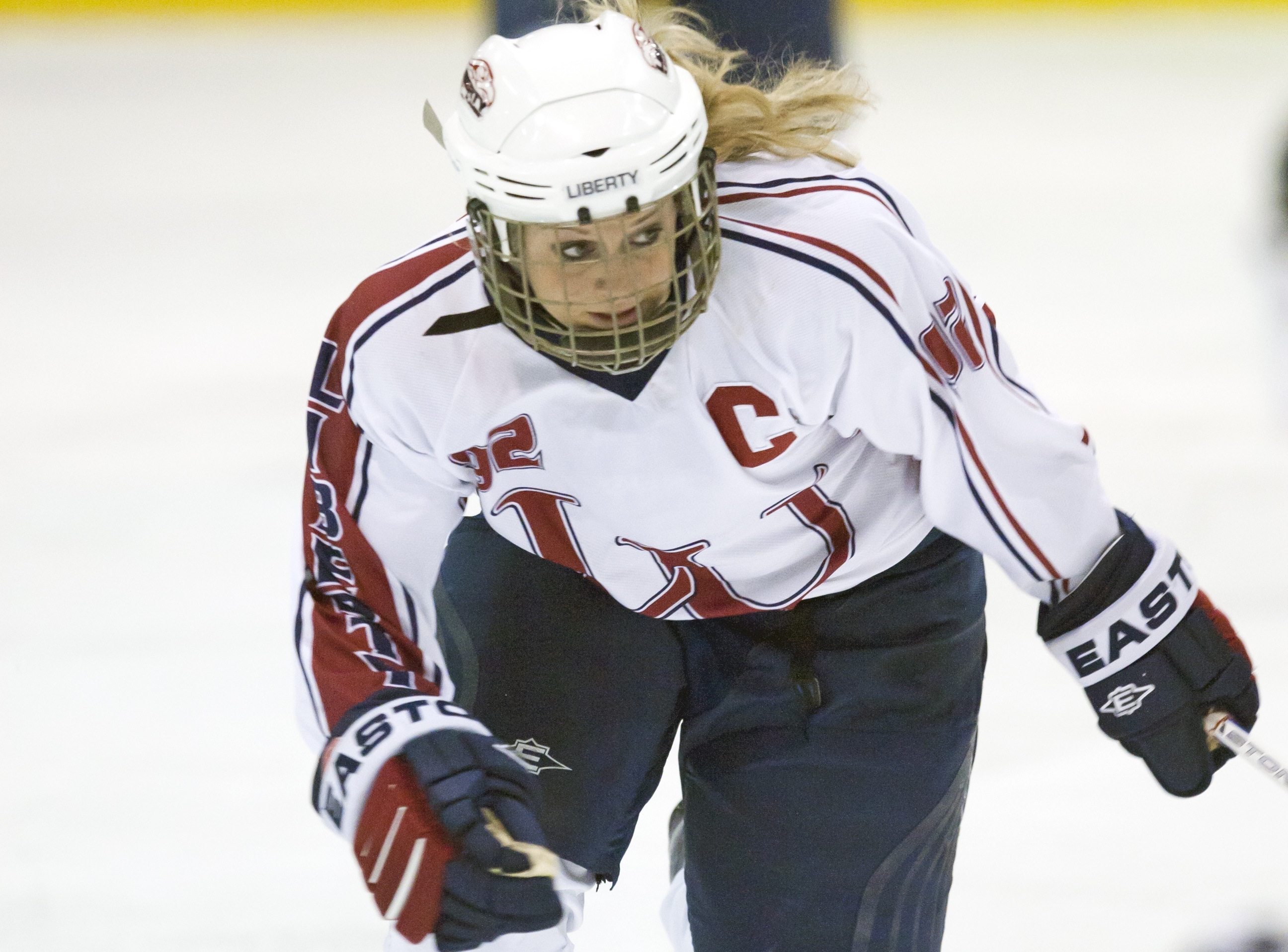 "We've got a good team. What we need now is to be consistent and stay healthy," Bloomfield said.

If Michigan State loses either of two games this coming weekend at Robert Morris University, Liberty should be in position to ascend to the No. 1 position.

On Saturday, the Lady Flames exhibited a toughness worthy of a top-tier women's hockey  team.

Down 3-1 in the third period, Liberty scored three goals in the third period to seal the victory and push their record to 9-0. The Lady Flames suffered their first defeat of the season the next day after losing to the Lady Spartans 3-1.

Bloomfield said the win over Michigan State should place Liberty among the ACHA elite.

"It certainly has put us up at the top," he said.

The season's first official ACHA rankings are scheduled to be released in early November.