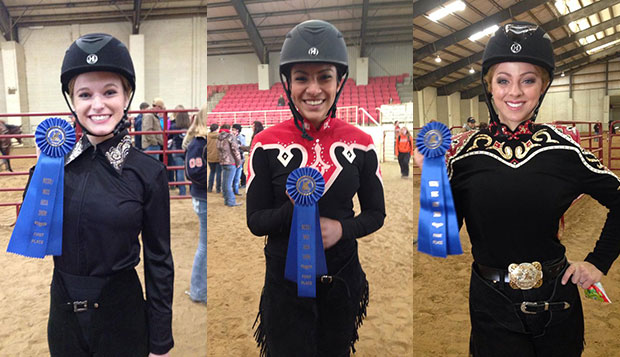 "What a tremendous weekend, taking two teams to three shows," Liberty Head Coach Caroline Trexler said. "Our fabulous students rode for Jesus this weekend and all the glory belongs to the Lord. We couldn't be more proud of them."

In Sunday's competition at Elon, Liberty's Hunt Seat team finished eighth out of 11 teams overall to slip from fifth to sixth in the team standings after four shows.

While its Western team has completed its competition for the fall semester, Liberty's Hunt Seat team will return to Virginia Tech for a second show in Blacksburg this Saturday.