Flames fall to Adrian College in second round 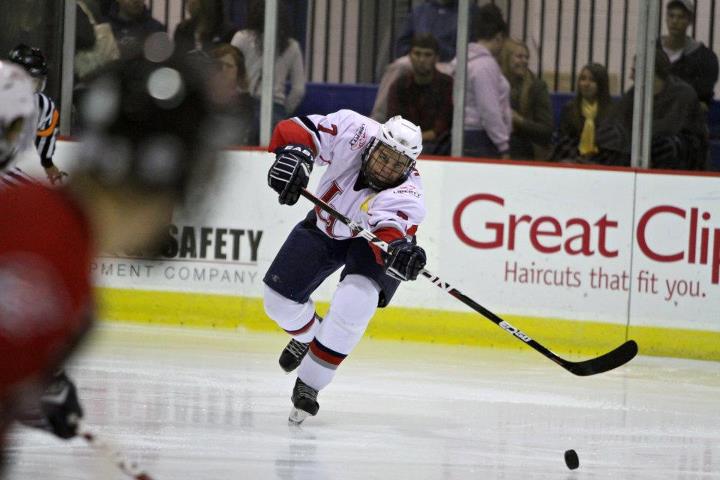 Adrian College knocked out Liberty University in the second round of the ACHA Nationals, 6-3.

Liberty took the lead in the game on a goal by Jake Hannon, but it was quickly equalized by the Bulldogs.

The game started to look out of hand during the second period of the game, as a flurry of Adrian College goals left the score 5-1.

Though Adrian College was seeded considerably lower than Liberty, competition has toughened the hockey community enough so that lower ranked teams have a fighting chance against higher ranked teams.

"Anyone between Rank one and Rank 18 are able to win on any given night," head coach Kirk Handy said. "I really feel that within the top 15 teams, if someone shows up without their ‘A' game they're going to get beat. I feel that with Adrian College, whether they're seeded 12th or eighth or sixth, they're a very strong team and a very good opponent."

Editor's note: Liberty's Mike Morrison became the second Liberty hockey player to be signed by a professional team when he was picked by the Dunedin Thunder in New Zealand. Read the Liberty News story here.