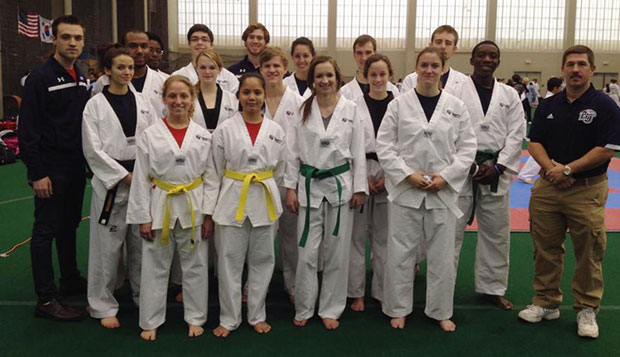 "Brian will work alongside students of other colleges to bring the competition in the Southeast to a degree never before seen on the collegiate level," Flames Head Coach Jesse Wilson said.

At Liberty, Preiser is a sophomore pursuing a Bachelor of Science in Youth Ministry.

ACAT consists of 10 schools in the Southeast — American, Clemson, Duke, Howard, Liberty, North Carolina, Virginia, Virginia Commonwealth, Virginia Tech, and William & Mary — and is run primarily by students. It was established in 2012 with just four schools — Liberty, UVA, Virginia Tech, and William & Mary — as an unofficial way to start competing against one another. Since that time, Wilson and Preiser have worked diligently to bring in more respected college and university programs.

"Prior to this, there were no collegiate taekwondo competitions in the Southeast region of the United States, leaving all competitions to the Eastern Collegiate Taekwondo Conference (ECTC), which consists of approximately 30 colleges in the New York area," Wilson said, noting Liberty is a member of that league as well.