Flames finish in top four at eight-team tournament at UNC 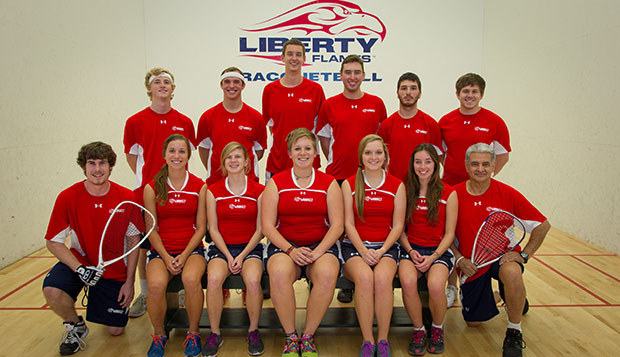 Liberty University's racquetball team had an excellent weekend of competition at the Nov. 15-17 Mid-Atlantic Collegiate Racquetball Conference tournament hosted by at the University of North Carolina.

"This was a very good tournament for Liberty, with all players earning individual points and adding to the overall team (standings)," Flames Head Coach Danny Rodriguez said. "Each player finished fourth or better with many playing in the finals in their respective divisions."

Lindsey and Morley also teamed up to win Level 2 doubles as Sharpe and Blake did at Leveand Aylett and Elder did at Level 4.

Liberty's next scheduled MACRC tournament is Jan. 30 through Feb. 2 at N.C. State.