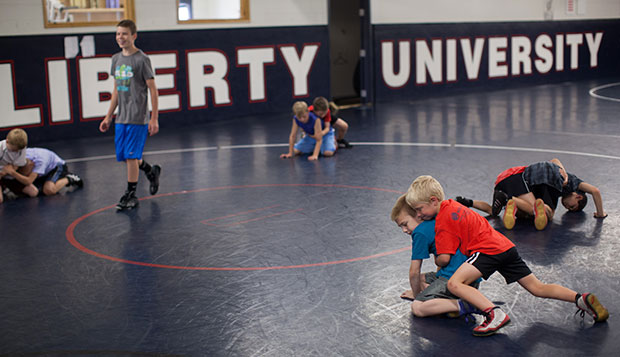 Elementary school-aged wrestlers practice under supervision from Liberty University head coach Jesse Castro and a handful of his wrestlers Tuesday in the Wiseman Wrestling Room.