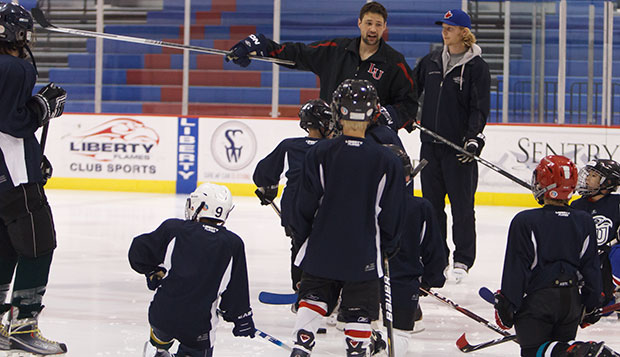 Liberty assistant coach Dave Semenyna points with his stick as he provides instruction for the 21 youth hockey players who participated in this week's camp at the LaHaye Ice Center.