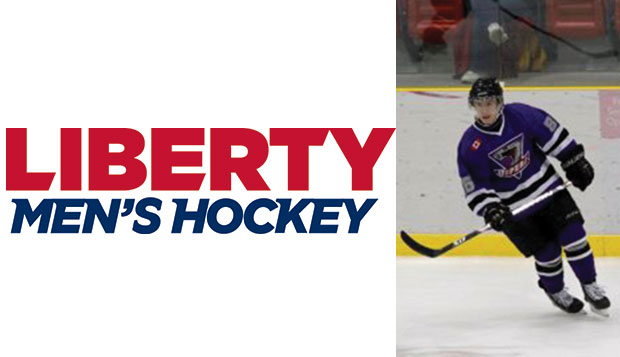 Robert Ward scored 21 goals and distributed 20 assists in 45 games with the Vaughan Vipers, a Junior A team based in Ontario, Canada, in the 2011-12 season.

Recent Liberty University commitment Robert Ward, a former center for the Vaughan Vipers Junior A team in Canada, brings a wealth of experience to the Flames' ACHA Division I men's hockey program.

"We're excited to get Robert down here," Liberty head coach Kirk Handy said. "He's someone who's going to be able to help us down the middle and be able to chip in offensively for us. He distributes the puck really well and he can also find the back of the net."

Ward scored 21 goals and distributed 20 assists in 45 games with the Vipers in 2011-12 before taking a year off from the sport. He plans to major in health and physical education at Liberty.

"I toured the school and fell in love with the school and the campus and the hockey program," Ward said. "I'm a goal scorer, passer, point getter (and) I hope to have an immediate impact."

Though he's from way up north in Barrie, Ontario, still an hour south of Handy's hometown of Huntsville, Ward is no stranger to the Flames. He's from the same town as sophomore forward Danny Logan and played on the same Vipers squad as sophomore forward Tyson Street, junior forward Luke Baumgarten, and sophomore defender B.J. Pirus.

During College For A Weekend, Ward went skiing at Liberty Mountain Snowflex Centre and played in a couple scrimmages at the LaHaye Ice Center with Brandon Mistal, another recent Liberty recruit from Canada.

"He and (senior forward) Andrew McCombe and I were playing together and we had a lot of chemistry," Ward said.

Handy expects those bonds, as well as Ward's speed and stick skills, to translate well to the rest of his teammates.

"I've seen him play and he's someone who we think will be a real good fit for us down here," Handy said. "He's someone who's going to be able to elevate the other guys that he plays with."