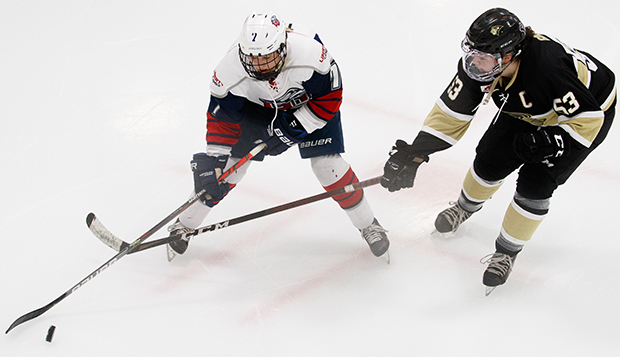 Liberty University's ACHA Division I women's hockey team left today at 8 a.m. on its first road trip of the 2020-21 season, destined for the St. Louis area, where the Lady Flames (1-1 in ACHA action) will play three games in three days.

After going 4-0 in exhibition games against the Washington Pride in the fall semester, Liberty split its first ACHA series against the Lady Lions on Jan. 23-24 at the LaHaye Ice Center.

The Lady Flames will play the first and third games of the weekend at McKendree University in Lebanon, Ill., Thursday at 11:30 a.m. (EST) against Midland (Neb.) University and Saturday at 1:30 p.m. against the host Bearcats. In between, Liberty will play Lindenwood, the only team to beat the Lady Flames over the past two seasons, Thursday at 10 p.m. in the $83 million Centene Community Center. That's the St. Louis Blues' new practice facility, where all five divisions (DI and II women and DI, II, and III men) of the 2022 ACHA National Championships are scheduled to be played.

All three opponents are Women's Midwest Collegiate Hockey (WMCH) members, a league formed in 2019 with the Lady Flames winning the inaugural tournament last spring in St. Louis before being denied by COVID-19 the opportunity to three-peat as ACHA national champions in Texas.

"We're just excited to play," Liberty Head Coach Chris Lowes said. "We're 1-1 and haven't had a chance to build any momentum. It's our first road trip and we have girls in their first year who haven't been on a bus trip, so we're excited to finally (travel) and start building momentum as a team."

Liberty will return to St. Louis for this year's WMCH tournament set for the weekend of March 26, after away (March 6-7) and home (March 13-14) series against Adrian (Mich.) College, in rematches of the 2018 National Championship game won by the Lady Flames.

"We are still a work in progress and need some back-to-back weekends to find a little growth and improvement," Lowes said. "It's crazy to think we have two road trips and one home series left (in the regular season). We are just excited to get back in action against good competition, to continue to build good rivalries with these teams. We hope it's the beginning of a nice stretch of consistent games."

"Midland's a much-improved team over last year, and has played some tough games, with one-goal losses to Lindenwood and Minot State," Lowes said. "Lindenwood's the pretty clear No. 1 seed right now, and we split with them, and McKendree's only one game in."

The Lady Flames will be without freshman forward Rianna Spanier and junior defenseman Kristi Serafin, sidelined by injury, but do return graduate forward Val Manchak, who has recovered from fall semester surgery. 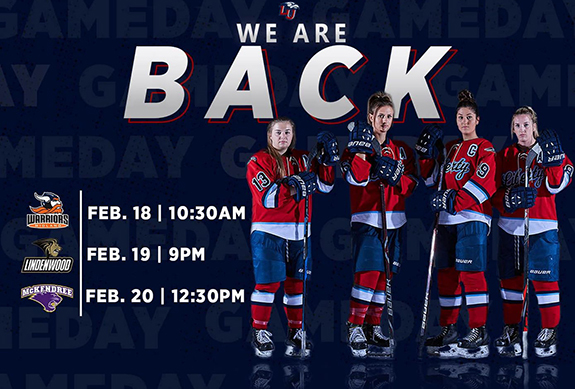