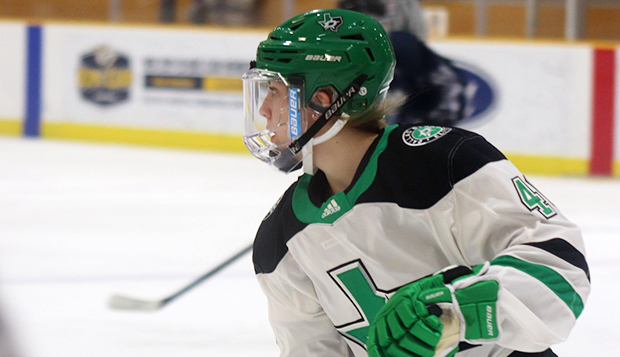 Liberty University's ACHA Division II women's hockey team recently received a commitment from Gabi Sanchez, a forward from Prosper, Texas, who has played for the past three and a half years for the Dallas Stars Elite travel team and led her Prosper High School JV Silver team to the 2020 City Championship.

"Gabi is hopefully the first of several recruits to commit for next season," Lady Flames Head Coach Rena Leone said. "She will bring a positive attitude and good work ethic to the team next season. I've had the chance to see her skate at our summer camp and she is always looking for ways to improve."

"I chose Liberty because I love the variety of the programs, the caring culture on campus, and how genuine everyone is," said Sanchez, who plans to pursue a B.A. degree in American Sign Language and a B.S. in Forensic Science. "I would like to come in and help fill in where I need to in order to get us back to (the ACHA DII) National (Championships) again."

Leone said in talking with Sanchez at CFAW, she might actually wind up playing defense for the Lady Flames because she feels that could be a stronger position for her in the collegiate ranks.

"She's taller so she definitely will have a presence on the ice," Leone said. "She's positionally sound, but also very good at listening to what her coaches say and applying that."