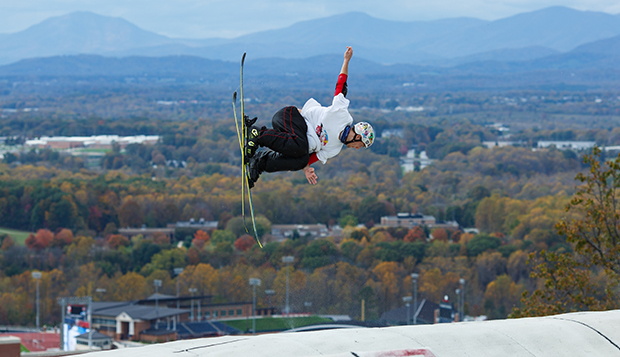 A multitude of Liberty University skiers and snowboarders from northern states were represented on the podium at the Oct. 24 Big Air competition, open to all students and the public at the Liberty Mountain Snowflex Centre.

In the men's snowboard event, senior Owen Hewitt, from Baltimore, was the overall champion, followed by junior Tyler Sherbine from Pennsylvania and Noah Alston, an instructor at Snowflex and student at nearby CVCC who was the only Lynchburg, Va., native to make the podium.

This Saturday, Snowflex will host its third and final competition of the fall semester, a Slopestyle event featuring a combination of jumps and rails with judging set from 4-6 p.m.

Riders and skiers will start from the top of the hill and hit a series of three rail/box features and one set of jump features along the way to the base of the slope. Each contestant will get two runs with their best score counting toward their overall finish, with a 10-point rating system on each of the four stages of the run. Judges will award points based on style, amplitude, diversity, creativity, and difficulty of tricks with points deducted for hand drags and reverts. Any falls or missed features will receive a score of 0.0 on that section. 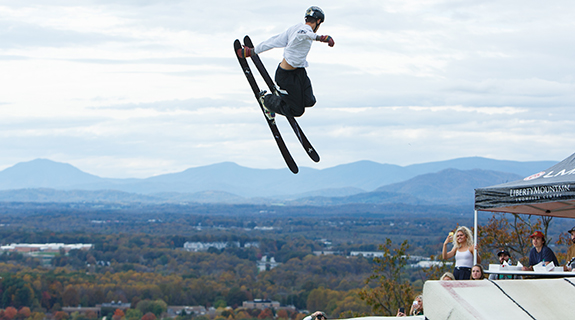