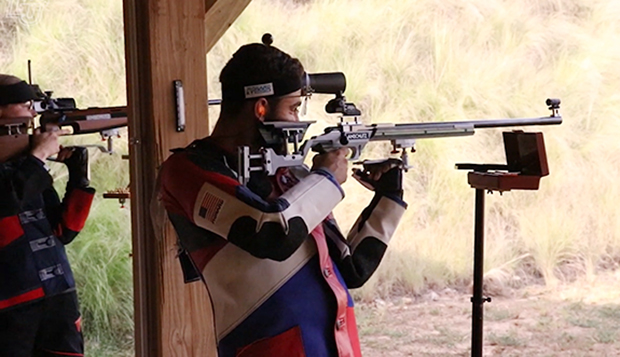 An auspicious debut in the Western Intercollegiate Rifle Conference (WIRC) highlighted the 2019-20 season for Liberty University's men's and women's rifle team, under the guidance of Head Coach Marlene Gray.

"We were very thankful to be invited … and being at that competition was really wonderful," said Gray, who was named the WIRC's Air Rifle Coach of the Year after the Flames and Lady Flames posted first- and second-place showings in the air rifle and smallbore divisions, respectively, at the Feb. 21-23 conference championships in Michigan. "Prior to us being in the conference, Akron had taken first place in smallbore and air rifle for the last three years, so for us to come and be very competitive in our first year in the conference was pretty awesome."

The team unseated the Zips to capture the Wiles Trophy, a 96-year-old relic that the team can display in its trophy case at the new Liberty Mountain Gun Club lodge until next spring's competition.

"That was a thrill and an honor, and we were so proud of how well the students handled themselves," Gray said, noting that the team was extremely well prepared to travel to Fort Benning, Ga., for the NRA Intercollegiate Rifle Club Championships, originally set for March 20-22 before COVID-19 canceled that event. "We were very disappointed, (but) we are all learning to just trust in the Lord and realize that we're really not in control."

Blessed with a $5,000 grant from the Houston Safari Foundation to help cover the team's travel expenses, the Flames and Lady Flames are looking forward to competing in that national event this coming spring semester. In the meantime, they will prepare for the first of four monthly WIRC remote "postal" competitions in October leading up to the February divisional championship.

"It looks like most of the teams in our division are going to be able to come back and start competing," Gray said. "We're very excited that a few of our students are coming back from last year's team, and we have five incoming freshmen who are going to try out in the first week of September. A lot of the kids haven't had the opportunity to shoot all summer because ranges have been closed, so we're … just looking forward to getting back on the range and starting to squeeze that trigger." 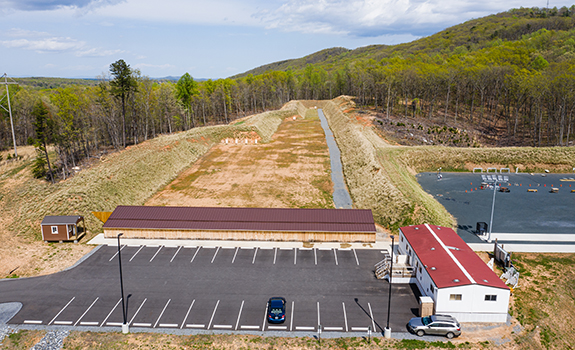