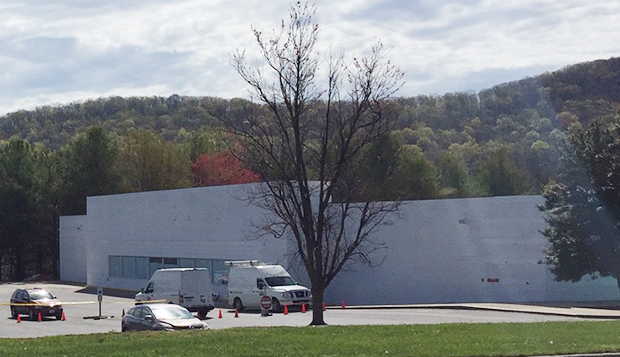 Renovations on the former Toys ‘R' Us building located across the street from Liberty Christian Academy (LCA) will give Liberty University's Club Sports department an extra 30,000 square feet of space to utilize starting this fall.

"This will be a world-class facility," Club Sports Athletic Director Kirk Handy said. "We are thankful to President (Jerry) Falwell and (Vice President of University Support Services) Trey Falwell for helping us get this facility. It's going to be unbelievable. From a recruiting standpoint, it is going to help us to recruit better student-athletes."

Liberty Senior Vice President of Facilities Charles Spence's team is overseeing the project, which is due to be completed in June with equipment moved in and operational before student-athletes arrive in mid-August.

The Club Sports Training Complex, the largest addition to the program since the LaHaye Ice Center (LIC) opened in 2006 and was expanded in 2015, will house the men's and women's wrestling, taekwondo, and crew teams as well as the women's gymnastics team.

"When you look back and see where we were years ago and where we are now, and then look ahead to the future of Club Sports, this space will give us room to grow," Club Sports Assistant Athletic Director Derek Young said. "It will provide a better work environment for the staff, with a little more breathing room, and we will still be centralized."

"It's a great location and it is going to fill a lot of needs for our department," Director of Club Sports Facilities Chris Lowes added.

It will feature a 3,600-square-foot weight room as its centerpiece and an additional athletic training area and offices and conference rooms to supplement existing space in the LIC, which has served as Club Sports' headquarters since its inception in 2008.

"The biggest advantage is pulling a lot of our teams into one spot that's much closer to campus, especially for teams like gymnastics," Young said, noting it held practices at The Plaza in recent years.

The 5,000-foot gymnastics area will feature a spring floor and runway to the vault, as well as a raised section of the ceiling above the uneven bars.

Previously, the wrestling, taekwondo, and crew teams held winter workouts in the former Macy's building at River Ridge Mall. Now, they will have designated areas in a shared complex, with only the crew and taekwondo teams' 2,500 square feet of practice area overlapping.

"It is going to be an ideal location to maximize our resources," Handy said. "That's going to be a huge thing for someone like (men's wrestling Head Coach) Jesse Castro to have a facility to serve as a permanent home. When they were moved temporarily (from Williams Stadium) to the old Macy's building, we knew that wasn't going to be a final destination. Macy's was a good location; this is a fantastic location … and a place that the program and the student-athletes can call home."

In the 12,000 square feet devoted to the wrestling program, the men's and women's teams will have their own weight room and locker rooms as well as team rooms and saunas.

"It's going to be sweet," Castro said. "We are using that as a selling point, that we are going to have a brand new Division I-level facility."

Club Sports Director of Strength & Conditioning Chris Kerr said the building will be a tremendous resource, especially for those seven programs stationed inside.

The new weight room will be utilized by all 41 Club Sports teams, a couple of which will be able to work out as complete teams for the first time.

"For the last six years, our men's lacrosse team has had to be split between the LaHaye Ice Center and the (LaHaye Pavilion) weight rooms," Kerr said. "Now, we're going to be able to bring them back in the same facility to train as one team. If we get all the equipment we have requested, we could easily train 54 athletes at a time."

He has been working with Liberty Director of Football Strength & Conditioning Dominic Studzinski and Jonathan Allen from the 12th Street Warehouse in repurposing equipment from the weight room in the Williams Stadium Football Operations Center, which was recently renovated and renamed the Liberty Football Center. The new area, surrounded by cinderblock walls for stability, will make workouts less cumbersome for all athletes involved.

"We will be able to spread teams out more and make workouts more efficient," Kerr said. "With more equipment and space, teams will be able to accomplish more in an hour. It will give a much better flow to the weight room and the workouts and will also increase safety."

Approximately one-fourth of the facility's space (12,000 square feet) is reserved for the Cinematic Arts — Zaki Gordon Center, which will use it for warehouse space, with a separate entrance on the back side of the building. LCA also has practice areas reserved for its wrestling and cheerleading teams near the main entrance. 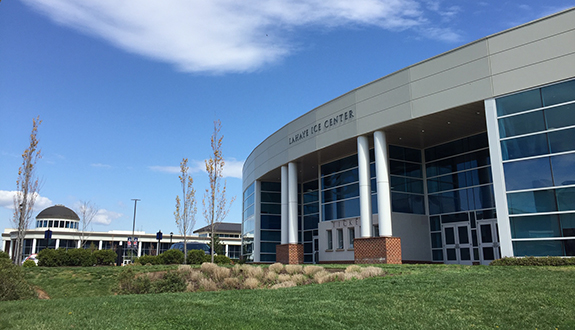 LaHaye Ice Center has served as Club Sports headquarters since the program's inception in 2008.