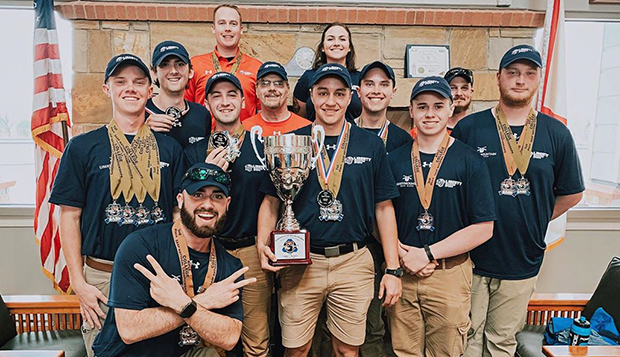 "It was a wonderful weekend for the team, winning every category in which we entered and placing third with the second squad in one category, with several exceptional individual achievements," Liberty Action Shooting Head Coach Bill Crawford said. "Our team went down and performed exceptionally well, beating out teams that did likewise."

The various events are timed competitions with the fastest teams winning.

"Last year, the pistol team placed second, but neither rifle team placed in the top five," Crawford said. "We added PCC this year, and we were obviously very pleased to win it in our first year competing in a strong category."

This coming weekend's NRA Intercollegiate Club Rifle Championships at Fort Benning, Ga., were canceled and next week's scheduled ACUI Shotgun National Championships in San Antonio, Texas, have been postponed until May at the earliest as precautionary measures in response to the spread of the COVID-19 coronavirus.