Wrestlers ready to rumble at NCWA Grand Nationals in Texas 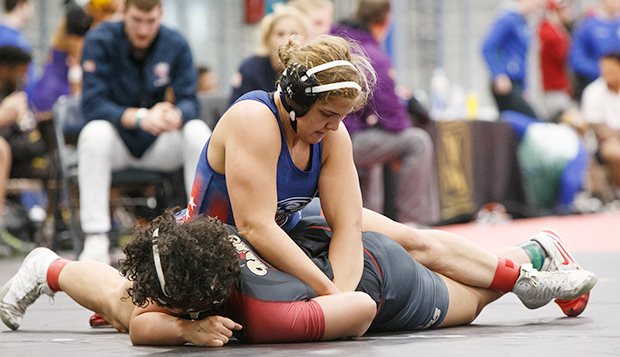 Liberty University's men's and women's wrestling teams have the depth needed to set program records for points scored at this weekend's NCWA Grand National Championships in Allen, Texas, where men's preliminary round action begins Thursday at 11 a.m (EST). Women's competition starts on Friday and both tournaments conclude on Saturday on the five showcase mats set up in the Allen Event Center.

Last year, the Flames had 11 All-Americans for posting top-eight finishes in the 11 weight classes and won all five of their championship matches to defend their team tournament championship and win for the third time in five seasons.

"That was unprecedented," Liberty Head Coach Jesse Castro said. "That will be tough to repeat."

"All of them have the potential to be All-Americans," Castro said.

In all, 19 men's wrestlers and nine women's wrestlers will be competing in Texas. The Flames, who won their third consecutive NCWA National Duals title on Jan. 25 at Liberty, will be vying for their fourth NCWA Grand National Tournament crown in six years.

"I think it's ours to lose," Castro said. "I think we're sitting good, but there are so many variables in a national tournament that can happen."

Matches will be webcast live and results will be posted continuously on FloWrestling.com.

Originally expected to be the largest in the history of the tournament, the men's and women's fields will be smaller than anticipated with at least seven men's teams and seven women's individual wrestlers not able to make the trip because of their schools' travel restrictions due to the spread of the COVID-19 coronavirus.

Men's tournament weight divisions, normally set up as 64-man brackets, will instead be 32-man fields with extra pigtail rounds as needed.

Castro said the Flames are bringing not only a near-record number of wrestlers, but the most quality lineup he's ever had.

"Those seniors, they're pretty pumped," Castro said. "They understand the severity of the situation they're in. This Is their last go-around. I'm trying to keep them calm, and don't want them to be anxious right now."

At the same time, he is lighting a fire under a few of the Flames, including those coming off injuries.

Castro expects two-time defending runner-up and MAC rival The Apprentice School, Grand Valley (Mich.), Grays Harbor (Wash.), Mott Community College (Mich.), and UNLV to be some of the top teams in the tournament with legitimate chances of dethroning the Flames. 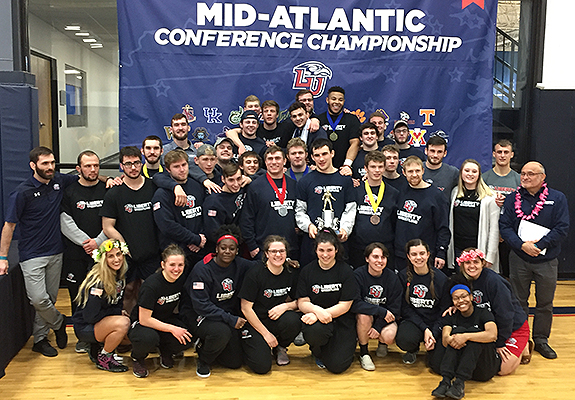 The Flames and Lady Flames qualified for nationals at the Feb. 29 MAC Tournament at Liberty.