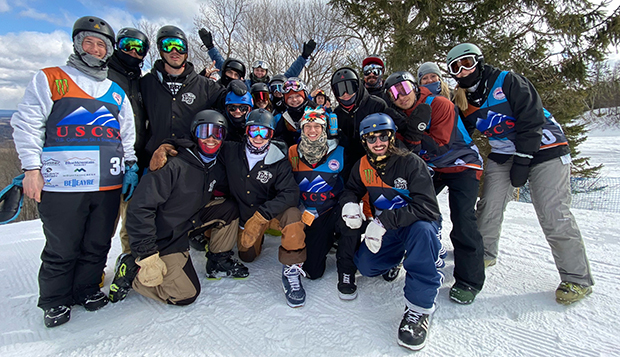 "Those who are returning athletes have really stepped it up this year and we have a better all-around snowboard team," Liberty Head Coach Isaac Gibson said. "Milo Rice placed second at nationals in the Rail Jam last year and he definitely has what it takes to bring home a national title if he is able to stay focused and healthy and continue to ride the way he has all season."

"We are very excited to see Coleen compete at a national level and see how she holds up to Riders coming from out West and from other more competitive schools," Gibson said.

On early Sunday morning, the Flames will travel with six snowboarders and five skiers and the Lady Flames will send three snowboarders and four skiers to Lake Placid, N.Y., site of the March 10-14 USCSA Collegiate National Championships at Whiteface Mountain, which previously hosted the 1980 Winter Olympics.

Liberty will use Monday as a practice day before competing in women's ski and snowboard Rail Jam and men's Boardercross and Skiercross on Tuesday. On Wednesday, the women's Boardercross and Skiercross events will take place along with the men's ski and snowboard Rail Jam. Thursday's schedule will include the men's and women's ski Slopestyle competitions, on a course that features up to 50-foot jumps, before the freestyle championships conclude with Friday's men's and women's snowboard Slopestyle events.

The complete schedule is available online. 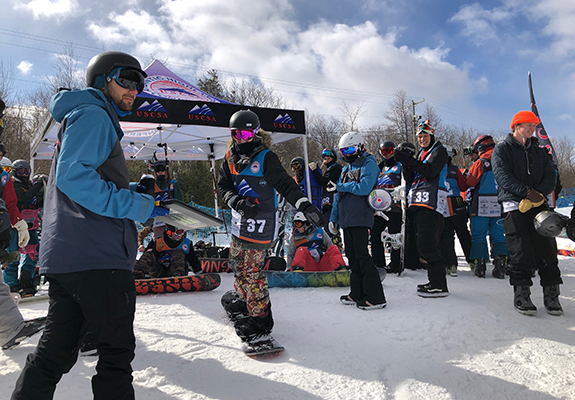